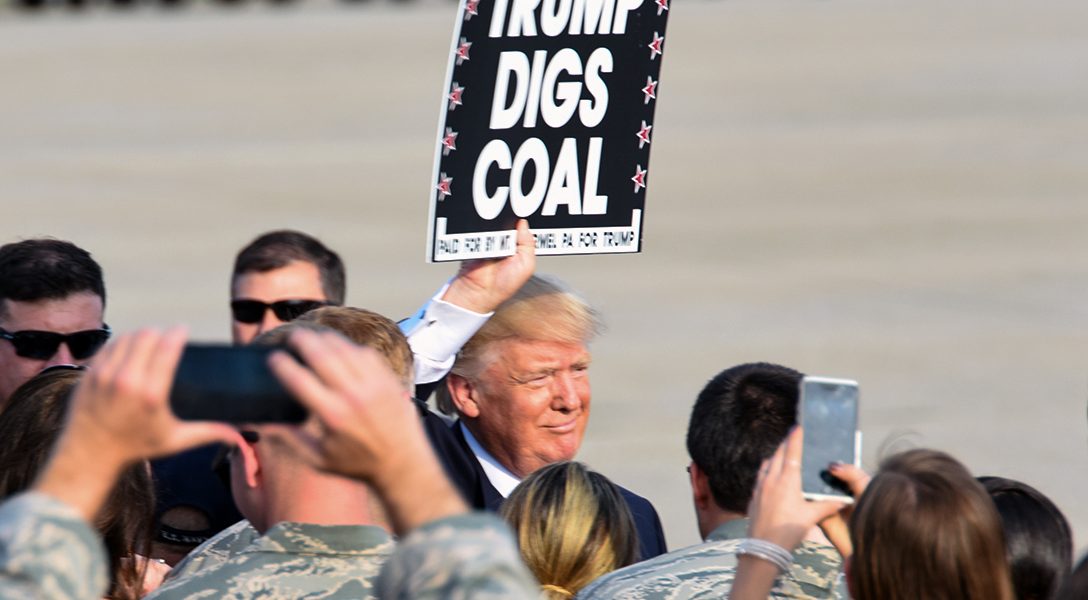 The author writes, "Personal income has gone down in several Eastern Kentucky counties where coal employment has been decimated in recent years, according to a report from the Appalachian Regional Commission." Photo credit: US Air National Guard / Wikimedia
Editors' Picks

‘Everybody Immediately Knew That It Was for Amazon’: Has Bezos Become More Powerful in DC Than Trump? (Reader Michael)

The author writes, “There’s a new scandal quietly unfolding in Washington. It’s far bigger than Housing Secretary Ben Carson buying a $31,000 dinette set for his office, or former EPA chief Scott Pruitt deploying an aide to hunt for a deal on a used mattress. It involves the world’s richest man, President Trump’s favorite general, and a $10 billion defense contract. And it may be a sign of how tech giants and Silicon Valley tycoons will dominate Washington for generations to come.”

Democrats Should Finally Put Superdelegates Behind Them (Reader Luke)

The author writes, “Widely unpopular at the grassroots, the superdelegate system remains a burr in the donkey’s saddle, threatening to further undermine party unity in the quest to regain the White House. Top DNC leaders seem to have recognized the problem, and the full DNC might be on the verge of fixing it.”

The author writes, “The UK government is to end funding to a scheme to support the Syrian opposition, deeming the programmes now too risky to operate as the final rebel-held areas face imminent attack from Bashar al-Assad’s forces.”