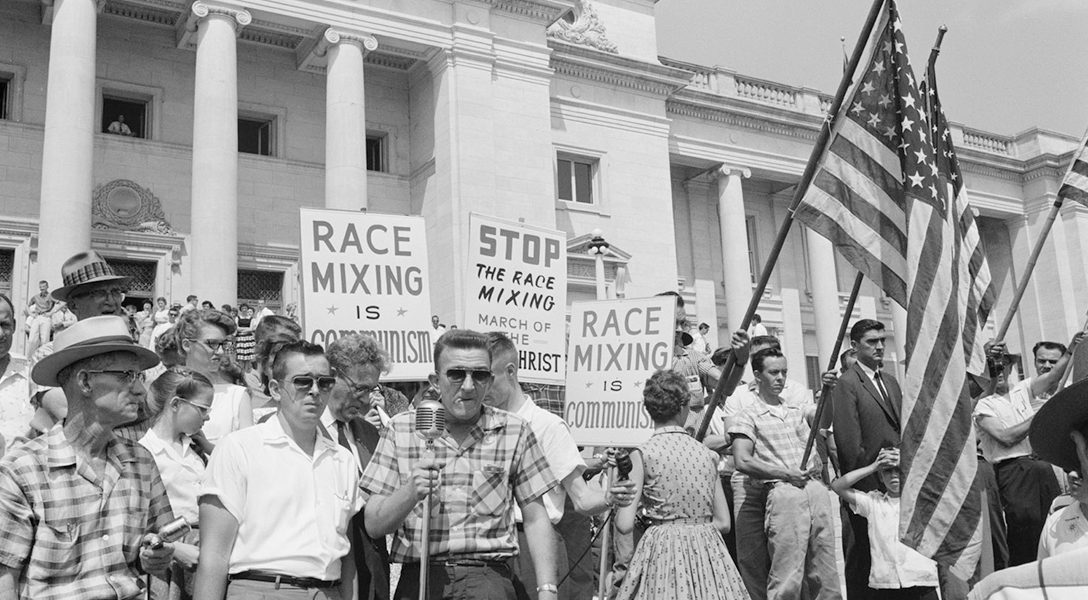 On This Day in 1954: The US Supreme Court unanimously decided the Brown v. Board of Education case, declaring state laws establishing separate public schools for black and white students to be unconstitutional. About this photo: Anti-integration protest in Little Rock, Arkansas, August 20, 1959. Photo credit: Library of Congress / Wikimedia
Editors' Picks

Remembering Brown v. Board of Education

The author writes, “The US Senate [yesterday] voted to reverse the Federal Communications Commission’s repeal of net neutrality rules, with all members of the Democratic caucus and three Republicans voting in favor of net neutrality. … Democrats face much longer odds in the House, where Republicans hold a 236-193 majority.”

DeVos Visits Only Private Schools in Trip to NYC (Jimmy)

The author writes, “New York City’s Education Department on Wednesday suggested that Education Secretary Betsy DeVos should have visited the city’s public schools during her recent trip to New York.”

CEOs Aren’t Disclosing Their Real Compensation. The Pay Gap Is Much Worse Than You Think (Reader Luke)

The authors write, “Disclosure of the CEO pay ratio is a small step towards controlling this problem. It would be much more effective if the SEC and the accounting profession compelled companies to reveal how much the CEO really made by including gains on options and restricted stock.”