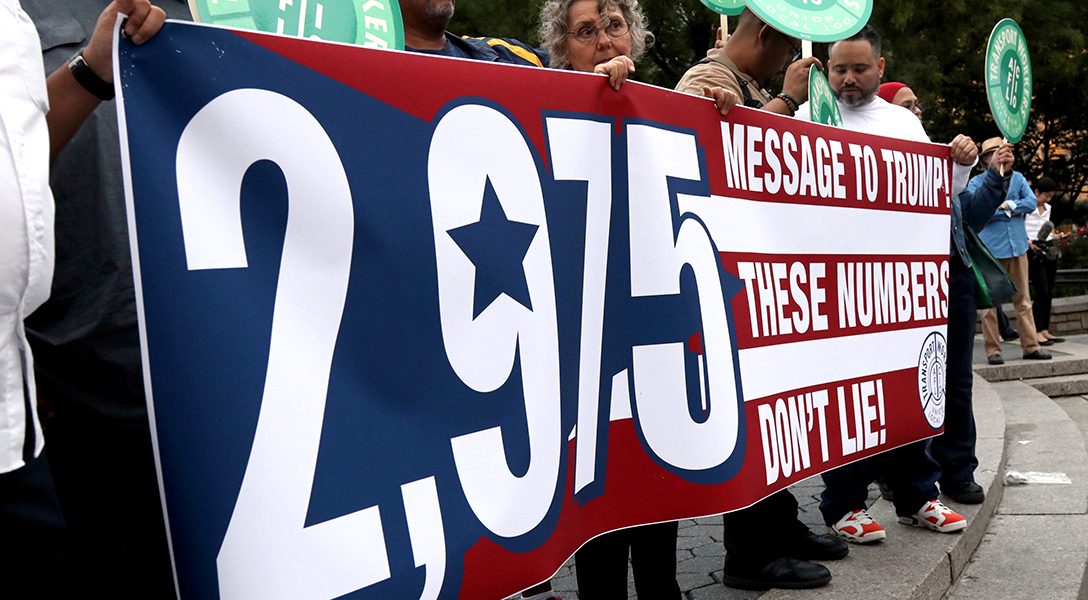 Rally for Puerto Rico on First Anniversary of Hurricane

The author writes, “The initial project is … not to identify the author, but to determine, Who in hell does Anonymous think he is? And that question is easy to answer, because he tells us.”

The author writes, “Payment processing giant PayPal has cut off the account of Alex Jones—the latest in a long line of technology companies to cut ties with the radio host and online provocateur.”

The author writes, “Starting last month, a New York library branch began experimenting with new offerings: neck ties, bow ties, handbags, and briefcases intended for people with limited resources who are heading for job interviews, auditions, or any other events for which they need to dress up.”

The author writes, “The Russian defense ministry said Monday that President Vladimir Putin will outfit the Syrian military with its sophisticated S-300 air defense system and jam radars of military planes striking from off the coast of the Mediterranean, in the wake of the downing of a Russian spy plane by Syrian air defenses during an Israeli strike last week.”