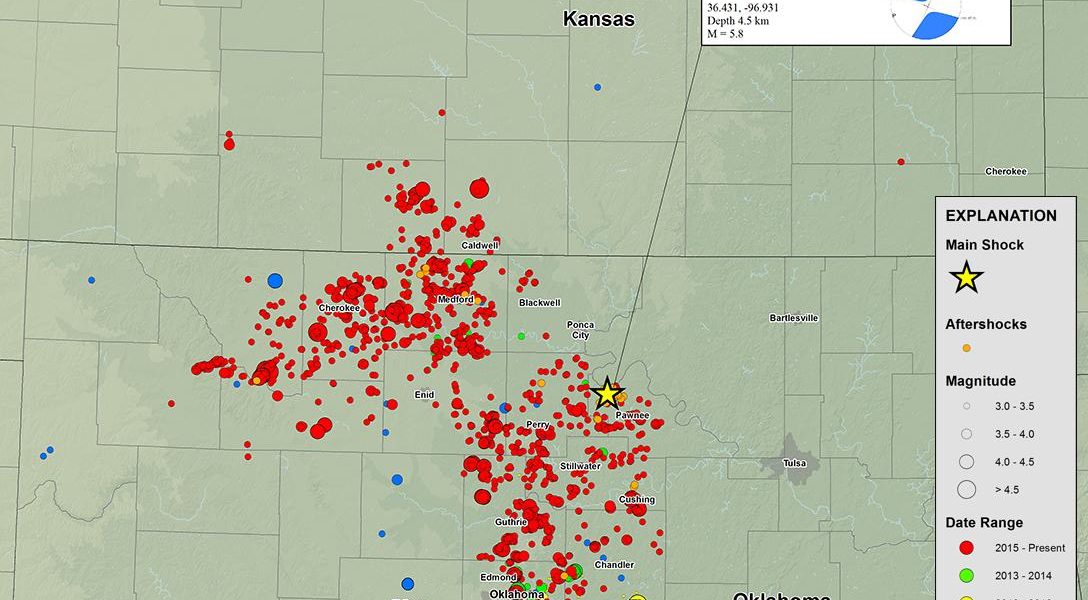 In the News: Fracking has helped the United States improve oil and gas production, but the impact on the environment continues to raise concerns. Oklahoma has been hit by a series of earthquakes. Since fracking operations began in the state, seismic activity has increased by 5,000 percent. The September 3 shaker was just upgraded from a 5.6 to a 5.8 magnitude quake. About this photo: Map of Oklahoma earthquakes. View a much larger and more complete version of this map at the USGS. Photo credit: US Geological Survey
Editors' Picks

An independent analysis by a professor of political science at Brown University has the tab at $4.79 trillion, and counting. It’s a nice bit of perspective for the next time your angry conservative uncle rages on Facebook about “out-of-control liberal spending.”

The Man Who Figured Out the Altruism Code? (Russ)

A strangely intriguing story of the Einstein of altruism.

Smaller, “safer” weapons in concert with new US policy could be more tempting to use.