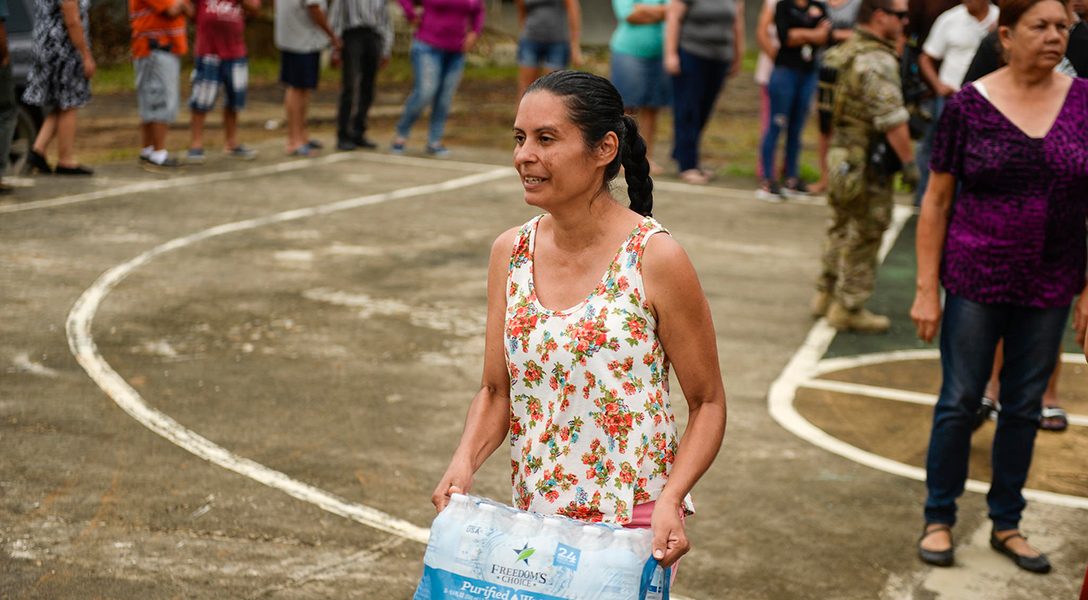 Imagine All the People: As you go about your day, take a moment to imagine your life without electricity, cell service, Internet access, running water, and school for the kids. These are just a few of the deprivations large numbers of Puerto Rican families are still dealing with a month after Hurricane Maria.
Photo credit: U.S. Department of Agriculture / Flickr
Editors' Picks

Bank Downgrades Chipotle Because It’s Paying Workers Too Much (Jimmy)

The author writes, “Bank of America Merrill Lynch downgraded Chipotle and warned investors that the stock will ‘underperform,’ complaining that the restaurant chain is paying its workers too much, and that cutting labor costs further will be difficult for the chain … the typical worker makes a little more than $9/hr.”

What the CIA’s Been Up To (Dan)

Incursion into Afghanistan with paramilitary units? Making deals with tribal leaders, even allowing them to dictate airstrike targets? Sounds a lot like what led to 9/11.

Whitefish Energy, a two-year-old company, had just two full-time employees on the day Hurricane Maria made landfall. So, how did this small firm based in Whitefish, Montana get a contract to restore power for the entire island of Puerto Rico? It just so happens that Interior Secretary Ryan Zinke is from the same town.

It’s hard to find this surprising given Trump’s threats to media outlets critical of his administration.

The Northern League in Italy, which represents the Veneto and Lombardy regions in upper Italy, recently allowed (and promoted) a vote for more autonomy. And the leaders say that’s only step one.