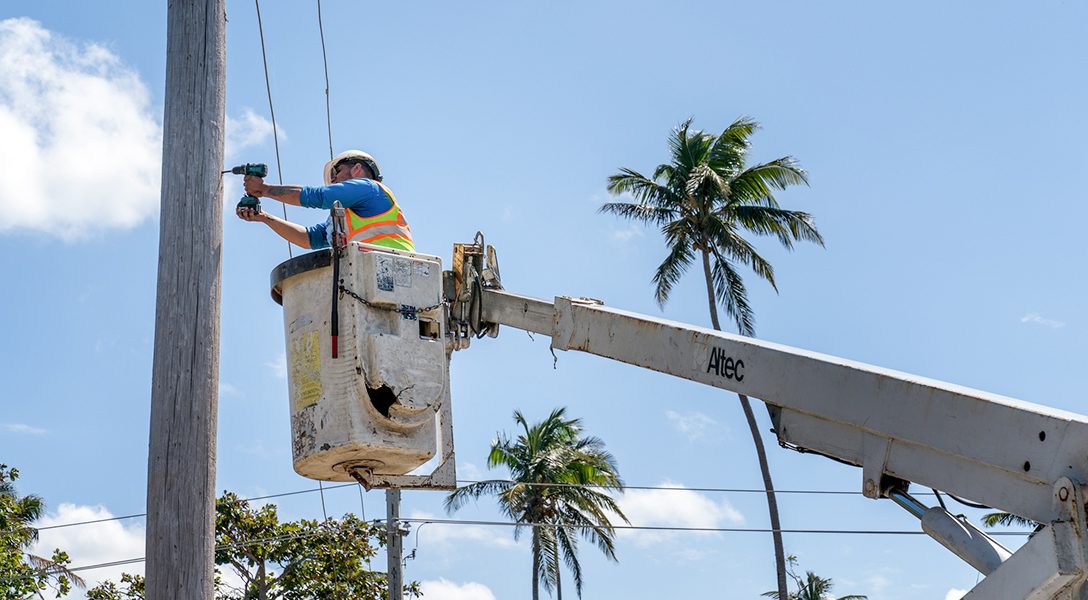 Powerless Americans: Over 185,200 homes and businesses are still without electricity in hurricane-racked Puerto Rico. The estimate of damage to the economy from the storms is $100 billion, compounding the stress on over 1.5 million US citizens living in poverty on the island. Photo credit: Lorie Shaull / Flickr (CC BY-SA 2.0)
Editors' Picks

Thom Hartmann writes, “There’s an old saying that even a broken clock is right twice a day. In that spirit, Donald Trump and his advisors are at least partly right about trade and tariffs. Ironically, he’s totally defying the entire Republican Party, as well as the Bill Clinton-corporate wing of the Democratic Party, and running with policies that progressive Democrats have been pushing for a century.”

Summits between world adversaries happen more often than one would think. They usually produce mixed results.

Ghosts in Our Streets (Reader Steve)

If countries were judged on how they treat their most vulnerable, the US would probably get a low grade. This article details how state and local governments do not account for deaths of the homeless. States like California “occasionally” get a death certificate for these people. This means that many indigent of the state, and the US as a whole, are forgotten rather than remembered by their government.

There have been countless stories detailing individuals caught up in the Trump administration’s dragnet-like approach to admitting foreigners to the US. This article highlights the case of Iraqi-born journalist Laith Hammoudi, a proponent of democracy in his home country, who was detained from entry. No one knows why and the administration is slow-walking the case. This gives rise to the question: just who is acceptable under Trump’s travel policy?

Mexico’s government has been ruled by the same party since 1929. But now the Institutional Revolutionary Party (PRI) is starting to worry about rival powers — ones that are young, progressive and, worst of all, independent of any political party.