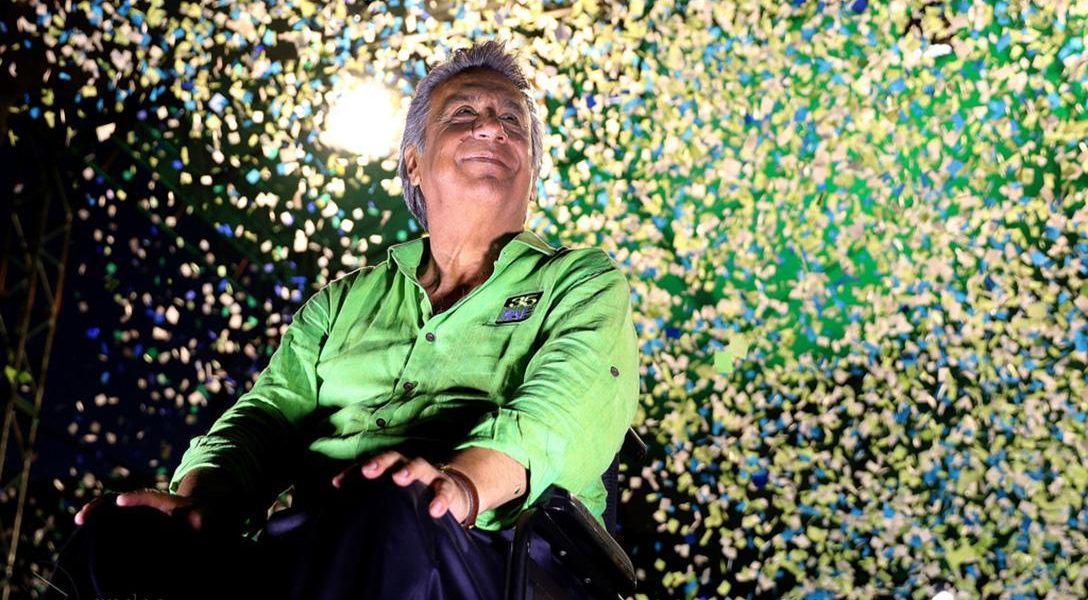 In the News: After 96% of voting results counted in Sunday's second-round runoff in Ecuador, leftist candidate Lenin Moreno had 51% of the vote leaving conservative banker Guillermo Lasso with 49%. Lasso refused to recognize the results, demanding a recount, and asked his supporters to take to the streets of Ecuador to protect against voter fraud. Lasso further stated he would challenge the results after three exit polls showed him winning. Winner Lenin Moreno, above, has vowed to allow Wikileaks founder Julian Assange to continue his stay in the Ecuadorean Embassy in London. Photo credit:  Agencia De Noticias ANDES / Flickr (CC-BY-SA 2.0)
Editors' Picks

The former talk show giant took to Sirius XM’s “Tell Me Everything,” citing the president’s “crazed” Cabinet appointments as one example of many alarming trends at the White House.

Current spying campaigns could be in jeopardy, say experts, after more data on the agency’s hacking techniques was released by the whistleblower platform.

Included in the suit are the state attorneys general of California, Connecticut, Illinois, Maine, Massachusetts, Oregon, Vermont, and Washington, as well as the Pennsylvania Department of Environmental Protection and the City of New York.

Want to Protect Your Online Privacy? Do This. (Milicent)

Obscure your real browsing habits in a fog of fake search history.