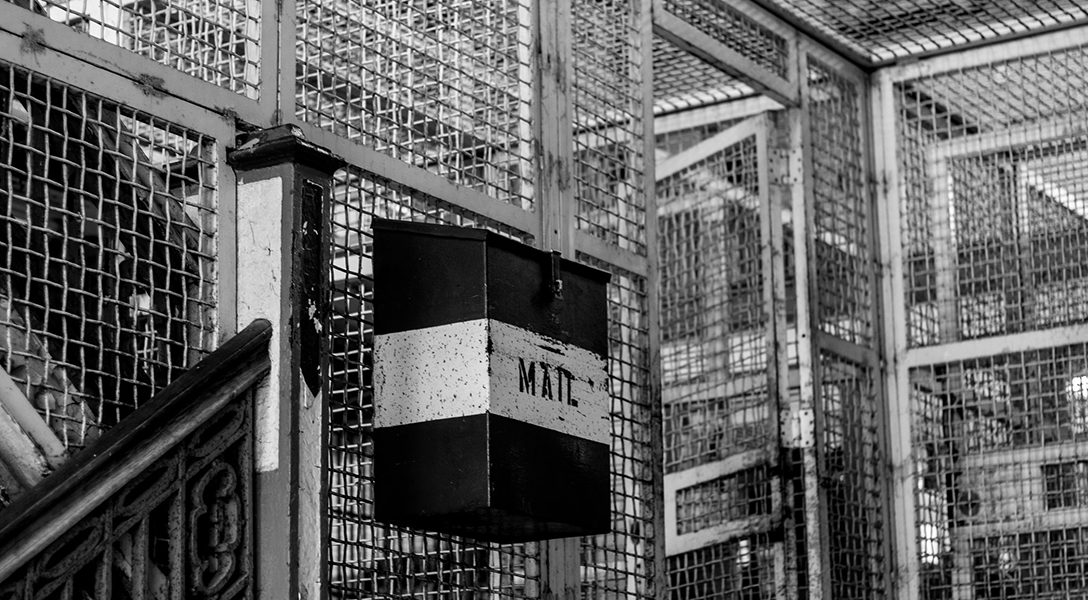 Corporations are using simple technology and the power of monopoly to force families of prisoners to pay exorbitant fees for the privilege of communicating with their loved ones. More and more, prisoners are seen as profit opportunities by concession providers with sweetheart contracts. Photo credit: Mike / Flickr (CC BY-NC-ND 2.0)
Editors' Picks

Why Do Military Psychologists Want to Return to Guantanamo? (Jimmy)

The author writes, “With the opening of the 2018 convention of the American Psychological Association, APA Council members are set to consider a proposal by leading military psychology division members to modify an APA ban against psychologists working at Guantanamo or any ‘illegal’ national security site that fails to abide by international laws, especially those against torture.”

The author writes, “Architecture is never a vacuum. This house sucks, but like all buildings, it is a reflection of both the people and the broader culture that make building it both possible and desirable. Those, too, irrefutably suck.”

RT’s Chris Hedges recently sat down to chat with journalist Barrett Brown to discuss the “US government’s war on Wikileaks, Assange, and other outlets exposing the inner workings of power.”

The author writes, “As tensions between Saudi Arabia and Canada continue to soar after the Canadian Foreign Ministry dared to condemn the kingdom’s imprisonment of dissidents and human rights activists, a verified Twitter account connected to the Saudi government tweeted a graphic on Monday that appeared to threaten Toronto with a 9/11-style attack.”