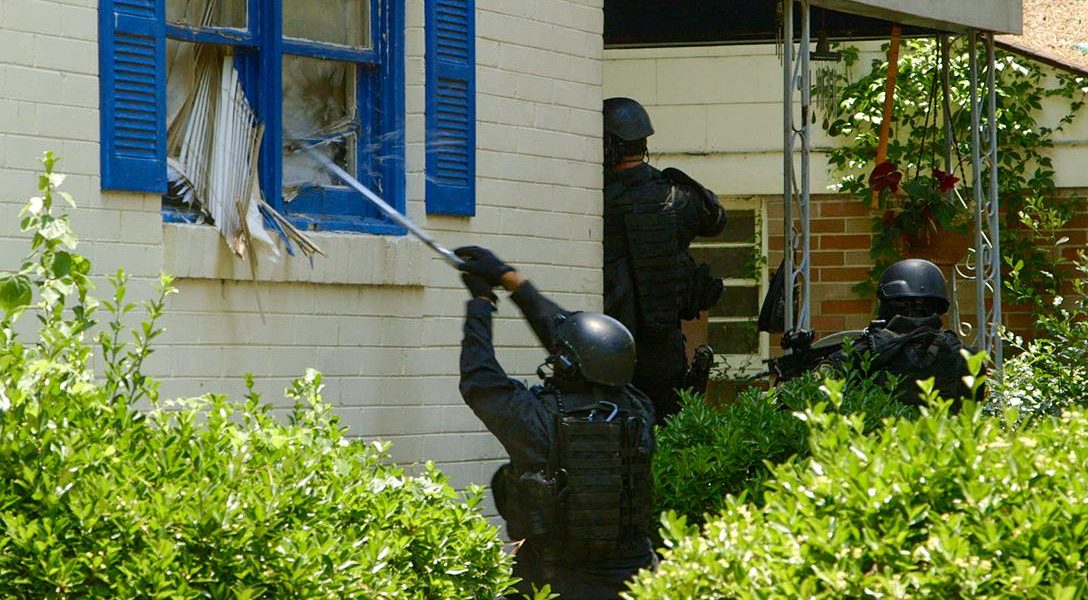 In the News: ‘DO NOT RESIST’ is being released today at The Film Forum in New York, NY. The documentary film, from director Craig Atkinson, offers "an urgent and powerful exploration of the rapid militarization of the police in the United States." Watch the powerful trailer available on the film website. About this photo: Police in Richland County, South Carolina conduct a drug search warrant for marijuana. Photo credit: VANISH Films / Don Not Resist
Editors' Picks

A Trump company illegally did business in Cuba, according to company executives and others.

The Seattle Police Department bought software from a CIA-funded company that allows the social media accounts of ordinary citizens to be tracked.

Here’s a story full of twists.

Poll: Obama Would Not Be Doing Much Better Than Clinton Against Trump (Trevin)

The question was about an Obama third term, which makes the result slightly less troublesome than if he hadn’t yet been elected and broken almost every single campaign promise.

Triumph of Nature in a Russian Forest (Milicent)

This is not a new story, but it may be new to you, and it is well worth seeing. After World War II, rifles, helmets and other Army gear, fell upon young trees. But the trees kept on growing, engulfing these objects, and now act as a living war museum.