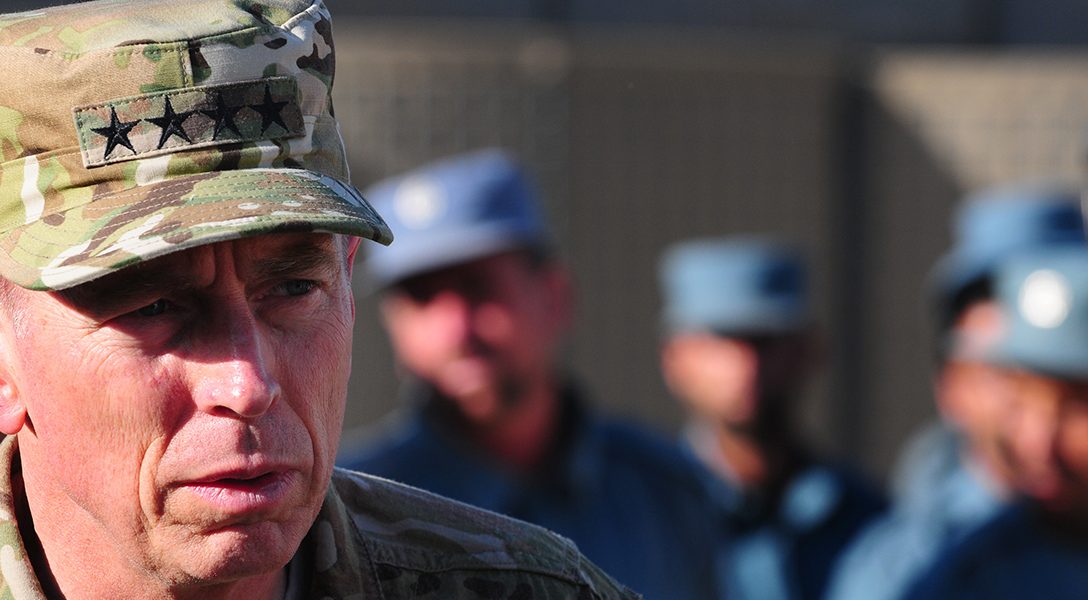 Question Authority: Retired Gen. David Petraeus was asked about the admonition from White House Press Secretary Sarah Huckabee Sanders that it would be “highly inappropriate” to get into a debate with a four-star general. Petraeus strongly disagreed, saying, "we, in uniform, protect the rights of others to criticize us." Photo credit: ResoluteSupportMedia / Flickr
Editors' Picks

Citing four recent “disturbing incidents,” the civil rights organization suggests travelers of color “exercise caution, in that booking and boarding flights on American Airlines could subject them [to] disrespectful, discriminatory or unsafe conditions.”

US Wants Saudis to Lead Rebuilding of Iraq (Russ)

The Islamic State has lost nearly all of their ground in Iraq. Now it’s time to rebuild in the wake of the terror group’s destruction. The US wants Saudi Arabia to oversee the process. History tells us why that is probably not a productive decision.

And why wouldn’t they? The election was an embarrassment for the Tories.

The author writes, “With a razor-thin margin, the Senate passed a resolution to nullify a signature regulation from the Consumer Financial Protection Bureau, which banned forced arbitration provisions. Such clauses, tucked into the fine print of contracts that nobody reads, deny consumers the ability to contest claims through a class-action lawsuit, and can allow banks and other financial institutions to rip off their customers with virtual impunity.”

Why Banks Want To Save the National Flood Insurance Program (Jimmy)

The author writes, “The banks aren’t alone. They’re part of a chorus of voices advocating for reform of a program that transfers much of the cost of insuring against the ballooning risk of catastrophic flood damage to taxpayers. And, like homeowners on the coasts, banks have a lot to lose with the loss of the NFIP.”