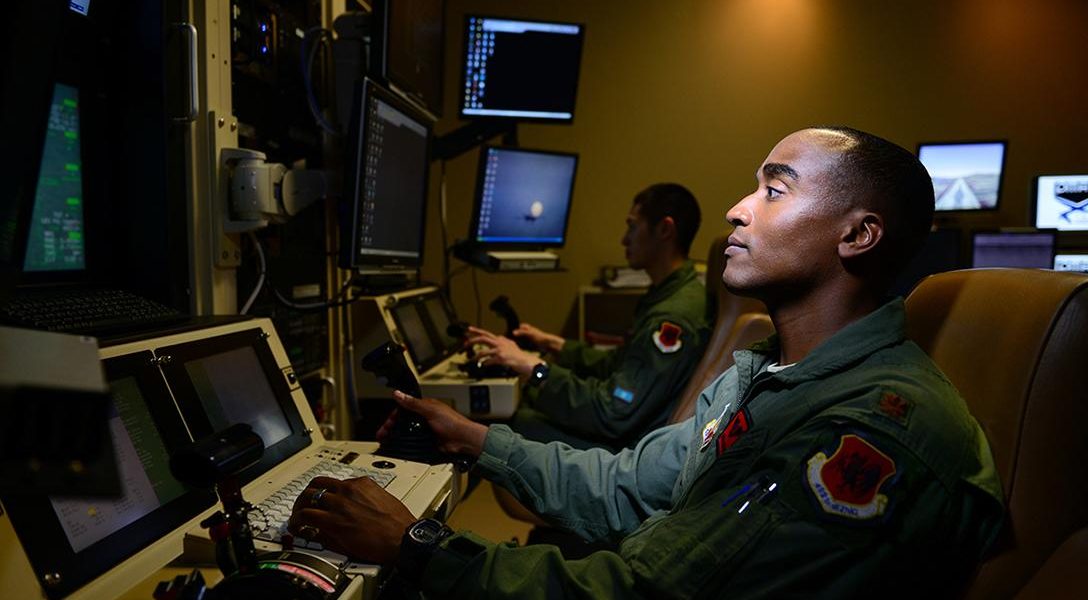 Fighting ISIS in Another Country: The Pentagon is considering naming the anti-ISIS mission in the Philippines to increase awareness and possibly funding for the operation. Plans call for drone-strikes against ISIS targets. About this photo: MQ-9 Reaper pilot controlling an aircraft from Creech Air Force Base, Nevada. Photo credit: DoD
Editors' Picks

Some believe its constant “dull, monotonous tone” to be a “Dead Hand” signal; automatically triggering retaliation if Russia is ever struck by a nuclear attack.

Blessed are the Warmakers? (Jimmy)

Dallas megachurch pastor and Trump spiritual advisor Robert Jeffress believes that “In the case of North Korea, God has given Trump authority to take out Kim Jong-un.” Pastor Jeffress did not specify if that included a nuclear strike.

How Pakistan and Taliban are Splitting (Dan)

It’s an open secret that Pakistan’s security services, the ISI, and the Taliban are in cahoots. Or so they once were. Lately there has been a falling out between the two groups. This article details just one example of the split – and how Taliban leaders are working with the Afghan government for, possibly, peace.

Mike Pence is pushing to see his Indiana roads plan, which benefited big donors and a foreign firm and have proven problematic, implemented nationally.

Ralph Nader writes, “Civics, as a topic, is not a standalone subject in most schools anymore. And where it is, the textbooks are so dry, dreary and self-censoring of controversial subjects that reading them is like reading a microwave oven manual.”