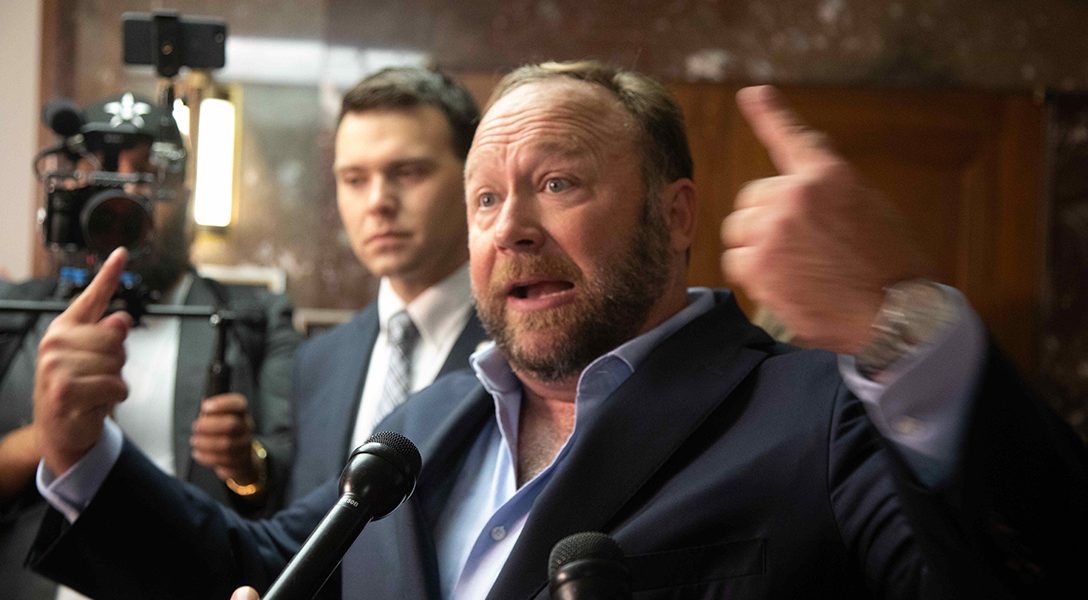 The internet payment giant PayPal joins Apple, Facebook, YouTube, and Twitter in banning Alex Jones and InfoWars from using their platforms. Jones has been called out for spreading false allegations about the 2012 mass shooting at Sandy Hook Elementary School in Connecticut and other topics. Only a few people are expressing concern about the power of big tech to deplatform people for "undesirable" speech. Photo credit: © Jeff Malet/Newscom via ZUMA Press
Editors' Picks

The author writes, “There has to be a better way, one that allows voters to participate with maximum fairness and flexibility. There is, and we can look to, of all things, sports as the model. Just as in baseball, a balanced primary schedule with the ability to make necessary substitutions would be a vast improvement over today’s hodgepodge of primaries, caucuses, and unelected superdelegates.”

The author writes, “Religious conservatives and legislators reassured the crowd at the Values Voter Summit in Washington, DC, on Friday that Judge Brett Kavanaugh would be confirmed to the US Supreme Court within a few weeks.”

From ProPublica: “Nearly half of the state’s counties are shutting down polling places, in part because of a law passed in June.”

From FAIR: “Whatever the motivation, billionaires buying up media is another step toward oligarchy, as a handful of super-wealthy individuals assume power over crucial news outlets, both locally and nationally.”