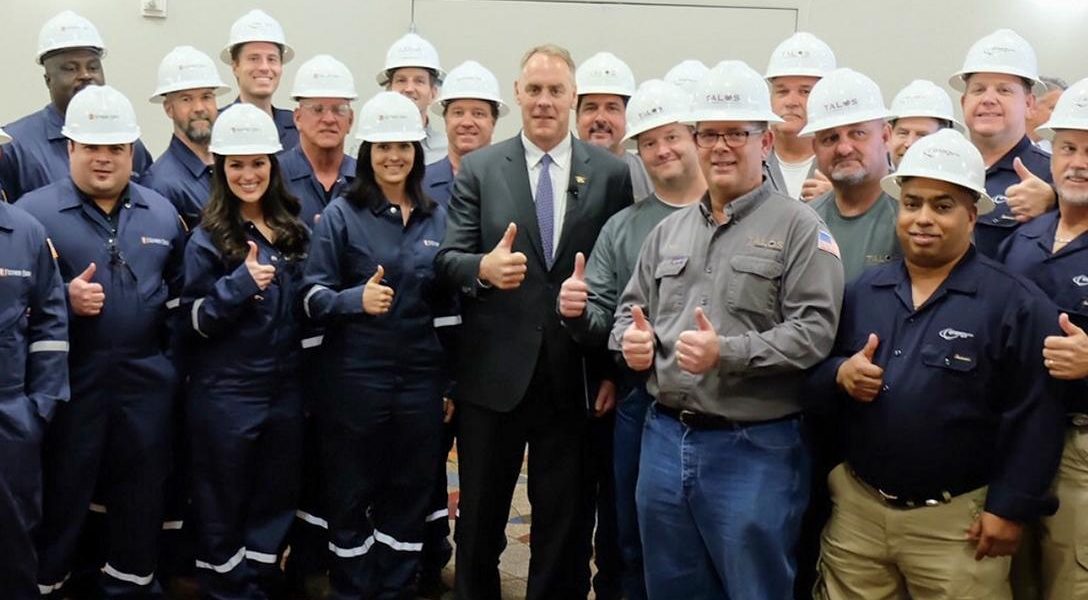 DoI is Open for Business: The Department of Interior wants to rescind safety regulations on fracking and is looking at cutting safety rules for underwater drilling equipment. The Trump administration has already rolled back many Obama-era orders and regulations over energy production on public lands. About this Photo: Secretary Zinke (center - no hat) in publicity photo in support of Trump executive orders. Photo credit: DoI
Editors' Picks

The author writes, “The Russian government seized two U.S.-owned diplomatic properties Friday, hours after its foreign ministry ordered the U.S. to cut its diplomatic staff in the country by Sept. 1. … The actions came one day after a U.S. Senate vote to slap new sanctions on Moscow for its meddling in the 2016 presidential election and aggression in Crimea and Ukraine.”

Italy is preparing a naval response to stop “human traffickers” carrying refugees from North Africa ; primarily from war-torn Libya, whose former leader Gaddafi was deposed by Western powers in 2011. The Italian government feels this is the only choice as European countries have shown little help to ease the burden.

“From its fused inception, rock ‘n’ roll was already a racially integrated American invention being blasted in teenage bedrooms as early as 1955, but as the Civil Rights Movement was gaining momentum going into 1960, the genre was being commercially segregated, on the sly, into white (British Invasion) and black (soul) music by the (WASPy) establishment.”