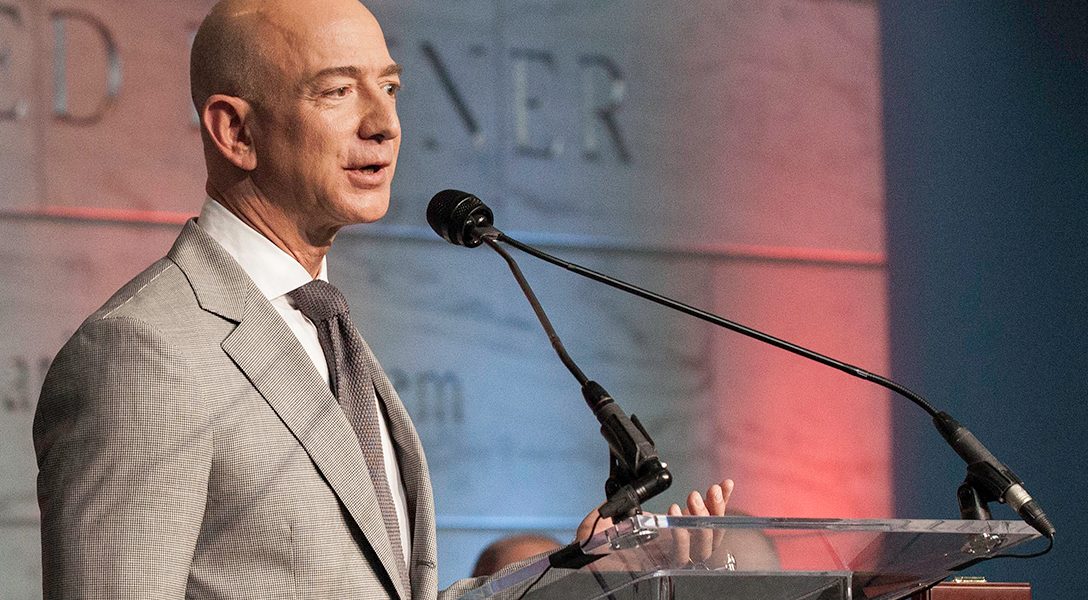 World Wealth Inequality: According to Oxfam, Jeff Bezos and 41 other people now have as much wealth as over half the world's population. This concentration of wealth compares with 61 people last year and 380 in 2009. Photo credit: National Museum of American History Smithsonian / Flickr (CC BY-NC 2.0)
Editors' Picks

Red Pepper “gives the run-down on one of the UK’s most profitable — and most deadly — industries.”

Smaller countries have upped their hacking efforts — most notably in Lebanon. And it’s having big consequence.

The author writes, “The US military showed little interest for years in tackling widespread sexual abuse of children by Afghan security forces it still funds and trains, according to a newly declassified report by a US government watchdog. … The investigation was requested by 93 members of Congress, after an article in the New York Times warned that child sex assault was ‘rampant’ among Afghan forces.”

The author writes, “The facilities … provide clean needles and space for people who inject illicit drugs. If an overdose occurs, trained staff can administer naloxone, which reverses the overdose. The facilities also test for HIV, provide wound care, and refer users to substance abuse treatment. … Philadelphia has an estimated 70,000 heroin users, according to its health department.”

Return, and Revenge, of the Arab Spring (Dan)

Unrest again brews in Tunisia, birthplace of the Arab Spring. Much of that uprising’s anger still exists — and it’s beginning to manifest itself through violence once again. Many feel the outcomes of the 2011 uprisings simply put a fig leaf over the repressive regimes.