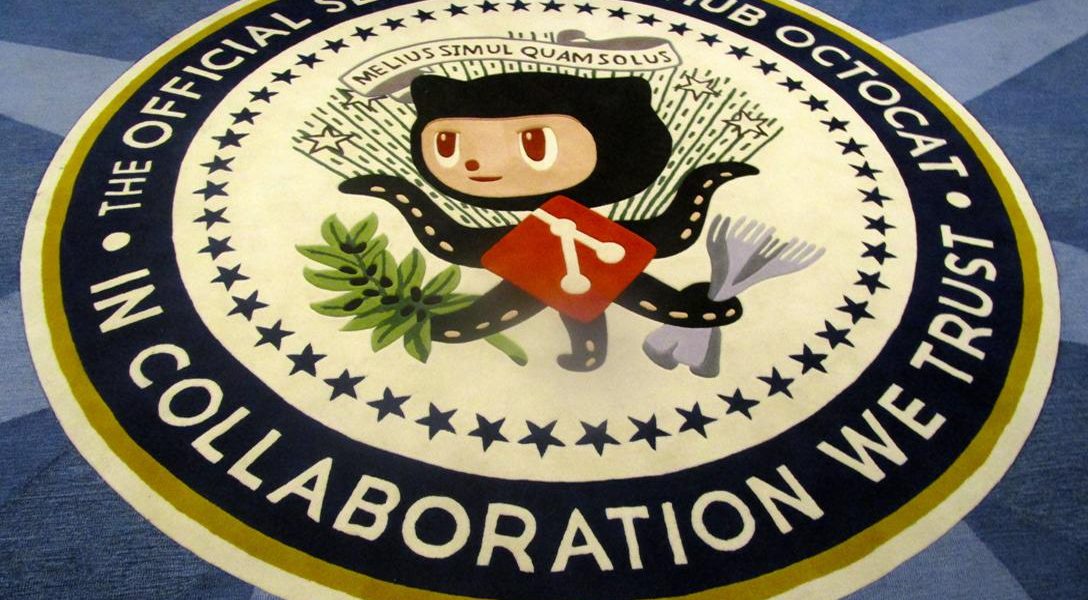 In the News: The US Department of Defense has announced the launch of a new open source initiative, CODE.mil. The service will encourage software developers from around the world to work together on unclassified code written by federal employees in support of DoD projects. More information about the effort is available on GitHub, a software development community. About this photo: Rug featuring mascot on the floor of the GitHub offices. Photo credit: Daniel X. O'Neil / Flickr (CC BY 2.0)
Editors' Picks

Could the mother of all debt showdowns hit after all the April tax collection figures are in? This author and former Congressman sure thinks so.

What Will Happen to the ‘Dreamers’? (Dan)

Trump’s movements on Immigration have already stirred controversy. His next move may be on the fate of so-called “Dreamers”, young children brought here by immigrant parents. Trump voters and Immigration hardliners would like the Dreamers to be deported. Trump’s comments however are less harsh than some of his other rhetoric.

The rate is more than double the 6.2% in December 2013, and has been trending relentlessly upward for over two years now.

An internal memo from 1965 provides a glimpse of how the CIA cultivated select journalists from major news organizations to help “fight misinformation” and “restore faith in the agency.”

The White Helmets, a documentary film about an NGO in Syria that rescues civilians from bombed buildings, won the Oscar last night for best short documentary. The organization is also pushing for a no-fly zone in Syria and regime change.

According to Der Spiegel, German intel BND spied on the NYT, BBC, Reuters and others. While no connection has been made between the BND and the NSA, which was caught tapping German Chancellor Angela Merkel’s phone in 2013, a final report will be released this summer.