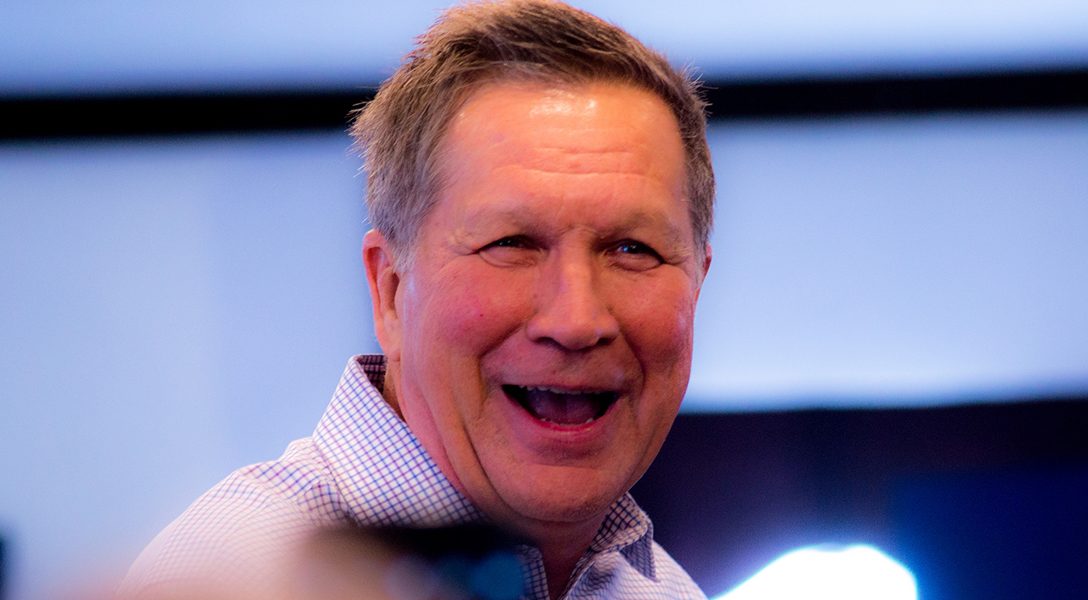 CNN has hired Former Ohio Governor John Kasich as a senior political commentator. Reason's Hit and Run blog questions this hire: “So it's easy to see the benefits from Kasich's point of view — regular opportunities to self-promote and criticize the political competition in the run-up to a possible campaign announcement, and you get paid? Sign me up! But the real head-scratcher here is the behavior of CNN.” Photo credit: Marc Nozell / Flickr (CC BY 2.0)
Editors' Picks

Opinion: How Is It OK for CNN to Hire Possible Presidential Contender John Kasich?

Need another reason to question putting personal information and photos on social media? Read this.

Nasty or Frugal? Key Democrats Out to Stop House Members From Living in Offices (Reader Steve)

The author writes, “Members of the House of Representatives who live in their Capitol Hill offices shouldn’t get too comfortable. The practice is going under the knife from the new Democratic leadership.”

The Earth Has Been Experiencing More Frequent Asteroid Strikes (Jimmy)

From ArsTechnica: “We’re not sure why, and it could already be over, but more stuff’s hit the planet.”

The author writes, “After more than five years in federal detention, Jamaican immigrant Joseph Hechavarria won his release this week. … His case cast a spotlight on prolonged detention at Batavia and other immigration centers and the lack of due process afforded some detainees.”