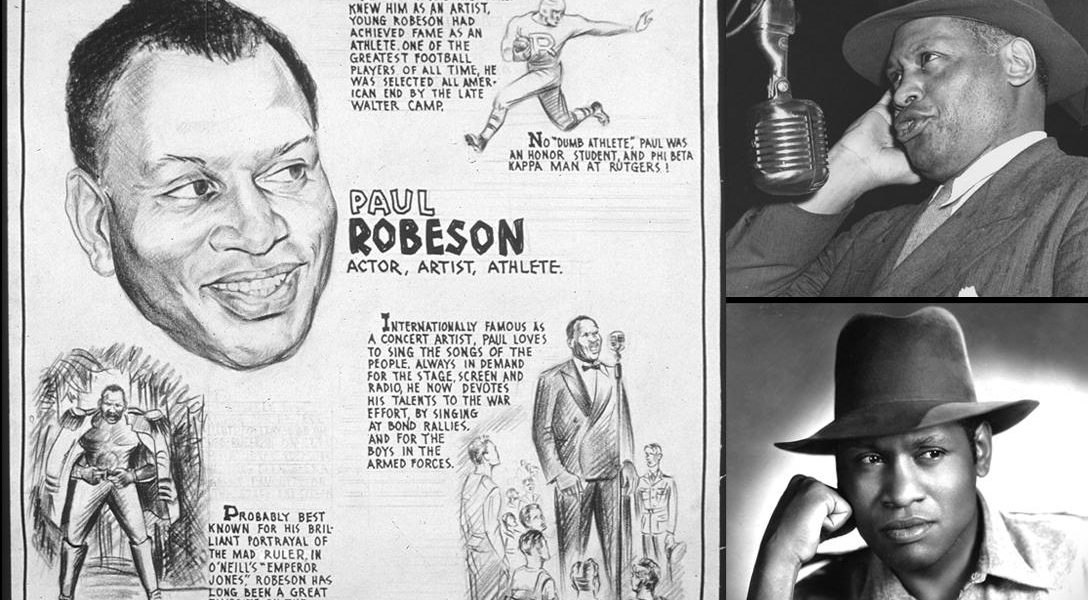 Renowned singer, actor, athlete and activist Paul Robeson sang during a rally against lynching at the Lincoln Memorial on September 30, 1946. The event was part of an effort to enact federal anti-lynching legislation. Listen to rare interview with Robeson recorded at KPFA radio in 1958. About these photos: PAUL ROBESON - ACTOR, ARTIST, ATHLETE (1943), Paul Robeson sings out against lynching (1946) and Paul Robeson portrait (circa 1930). Photo credit: US National Archives and Records Administration / Wikimedia, Washington Area Spark / Flickr (CC BY-NC 2.0) and Unknown / Wikimedia
Editors' Picks

Both he and Senator Sanders were unavailable because of Clinton campaign events. Kaine was ten miles away, in Alexandria.

Despite a track record of political success, Libertarian candidate Gary Johnson has stumbled more than once in interviews during the campaign.

Says it will take treaty rights into consideration when making natural resources decisions. Could affect controversial pipelines and other projects.

Members of the group see Jeremy Corbyn, who recently won another vote of ‘confidence’ from Labour supporters despite the ‘coup’ from his cabinet, as a leader of classic socialism in contemporary politics.

Basically implies that if they keep investigating him, their requests for additional district attorneys, widely acknowledged as needed, could be denied.