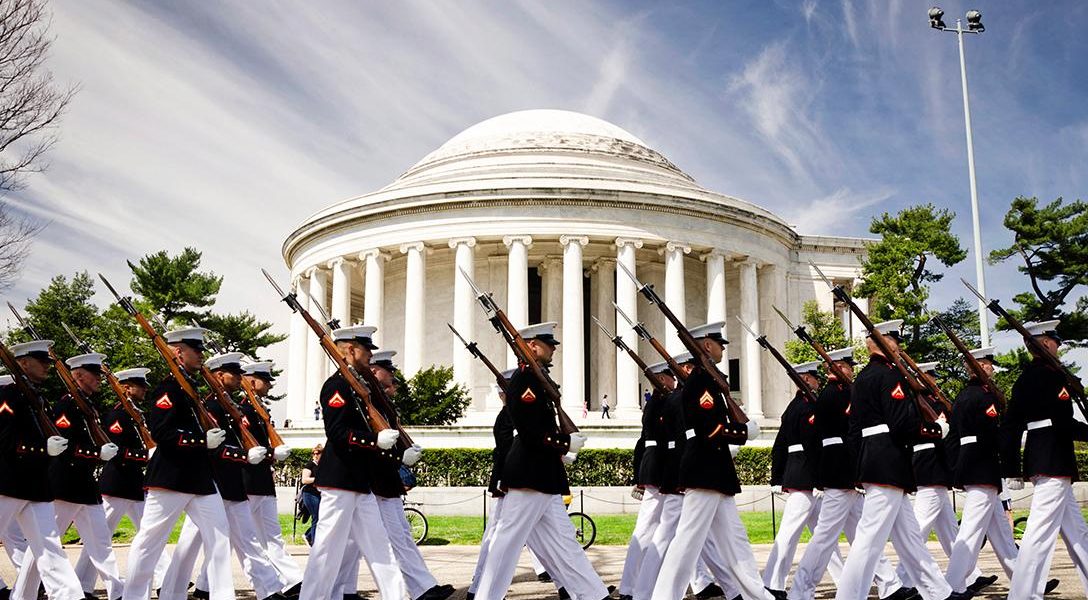 Number of the Day: The total active duty US armed forces personnel was 1,343,912 as of August 31, 2016. This is the smallest sized active force from 1950 to present. About this photo: Marine Corps Silent Drill Platoon marches in front of the Thomas Jefferson Memorial. Photo credit: US Marine Corps
Editors' Picks

Anyone who thinks it should have been so easy to decide on a candidate would do well to consider this focus group of individuals who are frustrated with both nominees’ flaws.

The 30th anniversary of this often overlooked scandal is approaching. This article examines its historical context and meaning for us today.

US ‘Abstains’ from Cuba Blockade Vote at UN (Dan)

More progress is made removing the half-century old embargo against Cuba. “Instead of isolating Cuba, the United States isolated itself,” remarked UN Ambassador Samantha Power.

Hugely consequential and problematical issues like this one fly under the radar while everyone enjoys tussling over Trump.

Trump and the Segmentation of Republican Foreign Policy (Jimmy)

Trump can sound like a libertarian non-interventionist or a neo-con hawk, yet both groups have largely disowned him. Here’s a speculation on what a President Trump foreign policy would look like.

Iran’s Intelligence minister was put in the hot seat by Parliament over how and why Utah state senator Jim Dabakis and his partner were allowed to visit without their knowledge. For his part, Dabakis believes Iranians in fact love Americans, despite assertions by Western and Iranian media.