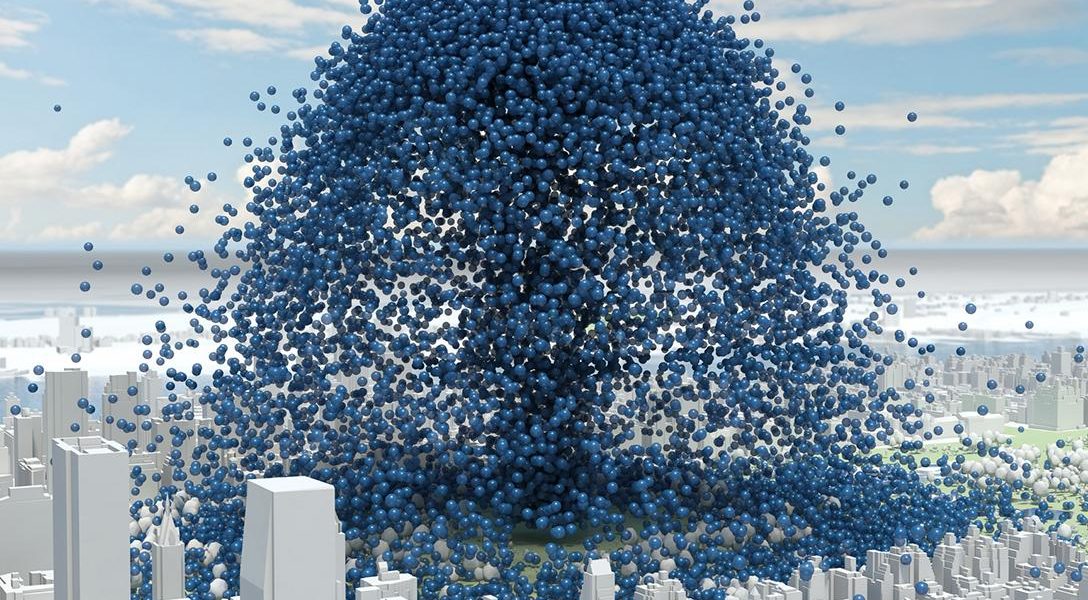 Saving the Habitat: Scientists are working on innovative solutions to cool the planet such as extracting carbon dioxide from the air with giant filter systems and releasing chemicals into the atmosphere to dim the sun's rays. Photo credit: Carbon Visuals / Flickr  (CC BY 2.0)
Editors' Picks

Swedish researchers working with ravens are observing cognitive behavior previously only attributed to humans and great apes. Corvids (which include ravens, jays and crows) haven’t shared an ancestor with mammals in 320 million years, which suggests “an independent evolution of complex cognition.”

The author writes, “Trump’s own supporters remain enraged by the disastrous war with Iraq. They know how they got played. It’s difficult to imagine why they would allow themselves to get played again by a president who has left little doubt about his intent to deceive.”

Japan’s national broadcaster NHK released a video showing the missile breaking up upon reentry into the atmosphere. Why would the media tell us any different?