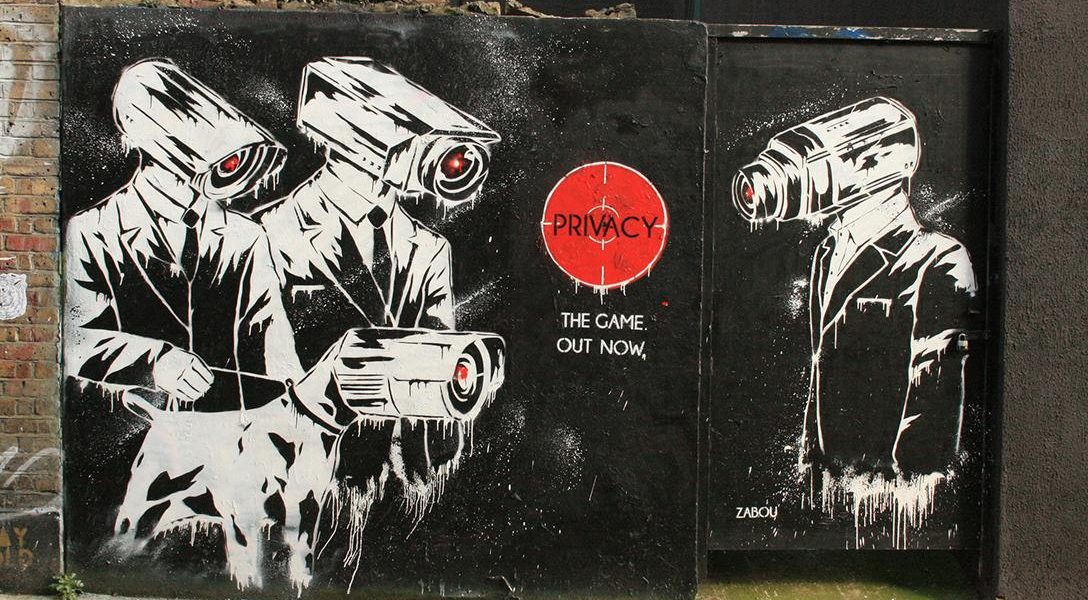 In the News: The recent cyber attacks on major websites utilized common internet connected devices, including CCTV cameras, to host malware that performed the simultaneous assault. Small programs were loaded on vast numbers of devices that performed denial of service attacks (DoS). This breach of CCTV cameras is not new. Hackers have long been able to access cameras on devices in your home and spy on you. About this photo: Graffiti by Zabou in London. Photo credit: KylaBorg / Flickr (CC BY 2.0)
Editors' Picks

A minority of countries belonging to the international whaling authority didn’t want to protect whales, dolphins or porpoises — but approval of the sanctuary required that three-quarters of the members agree.

Email shows she didn’t want to enable student early voting, worried that it would benefit Dems.

The Mystery of What’s Killing the Honey Bees (Reader Tigoni)

When variety is the spice of death: Fungicides, herbicides and insecticides — and nearly 100 different pesticides — are what’s killing honeybees more than any single one.

Besides voting for a Commander-in-Chief on November 8, about 20% of states will vote on marijuana policy. Five states will decide on adult recreational use, and four states on medical use.

In the milk and pouch lining of the Tasmanian devil — a small Australian animal — are amino acids capable of killing MRSA, an antibiotic-resistant bug that is often fatal to humans. Scientists at Sydney University are trying to create a synthetic version of these germ-fighting chemicals.

Why America Should Quit Saudi Arabia’s War In Yemen (Trevin)

Around 4,000 civilians have died so far, all in the name of restoring a government sympathetic to the royal family. And blowback against America’s involvement has now begun.

It’s called Transcranial Direct Current Stimulation (tDCS) — a safe zap of electricity — and it ramps up that area of the brain associated with creativity, reports the journal Cerebral Cortex. But you won’t be able to buy this zapper at Radio Shack yet, nor should you try to create one at home out of spare parts.

More than 2 years later, the Department of Justice intends to charge officer Pantaleo in the 2014 chokehold death of Eric Garner (a move explicitly outlawed by the NYPD). Garner’s cries of “I can’t breathe” have since become a rallying cry for Black Lives Matter and anti-police brutality activists.