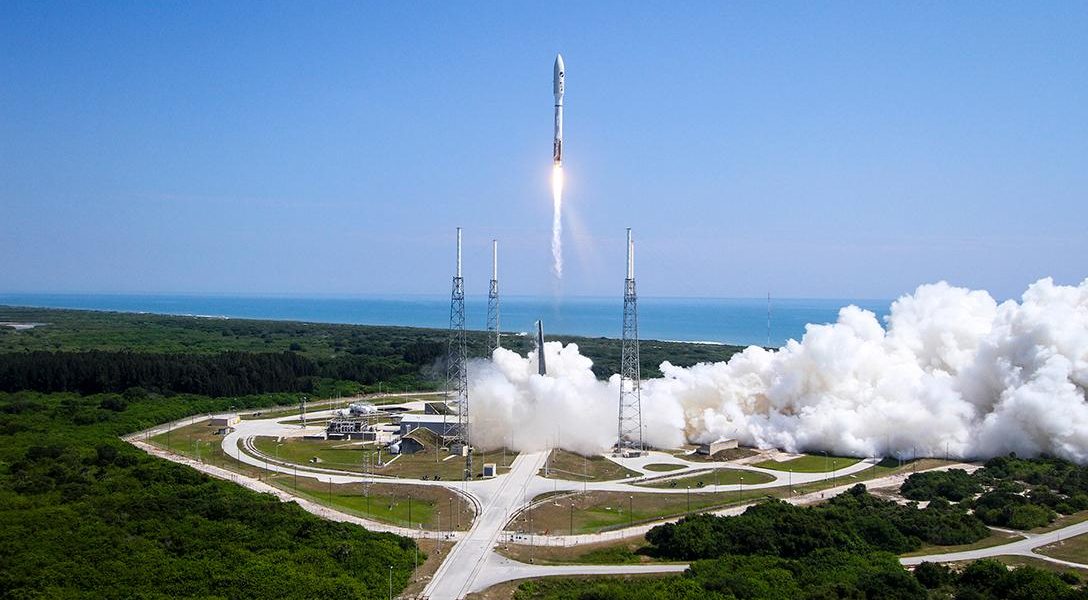 In the News: Tuesday, you can watch the first live 360-degree broadcast of an Atlas V rocket launch on YouTube. Launch is scheduled during a 30-minute window that opens at 11:11 a.m. EDT. NASA Television YouTube channel will start streaming 10 minutes prior to lift-off. About this photo: ULA Atlas V rocket launch at Cape Canaveral Air Force Station, Florida, May 20, 2015. Photo credit: US Air Force
Editors' Picks

The New York Times hypes itself as an antidote to “fake news.” New columnist Bret Stephens dismisses as “imaginary” the climate reality routinely reported by the Times. They can’t both be right.

Scientists have created an amazing gadget that can harvest water out of dry desert air, where the humidity is as low as 20 percent. And it is powered by solar energy alone. The key component to this device is extremely porous material called a MOF (metal-organic-framework).

Mark Thompson writes, “The unilateral nature of Trump’s strike turns it into little more than a geopolitical weather vane, tied only to his outrage and disgust, but delinked from any official U.S. policy, strategy, or declaration of war.”

This article reports that leadership Dems plan to release a ‘populist’ set of policy initiaves.. This article also mentions that many Dems believe that their anti-Trump message will be enough to sway voters without real policy initiatives.

We’re bombarded daily by news that puts doubt in humanity. This story of theft is a different way to view the negativity.

A creative and quick history lesson in ancient “deep politics.”