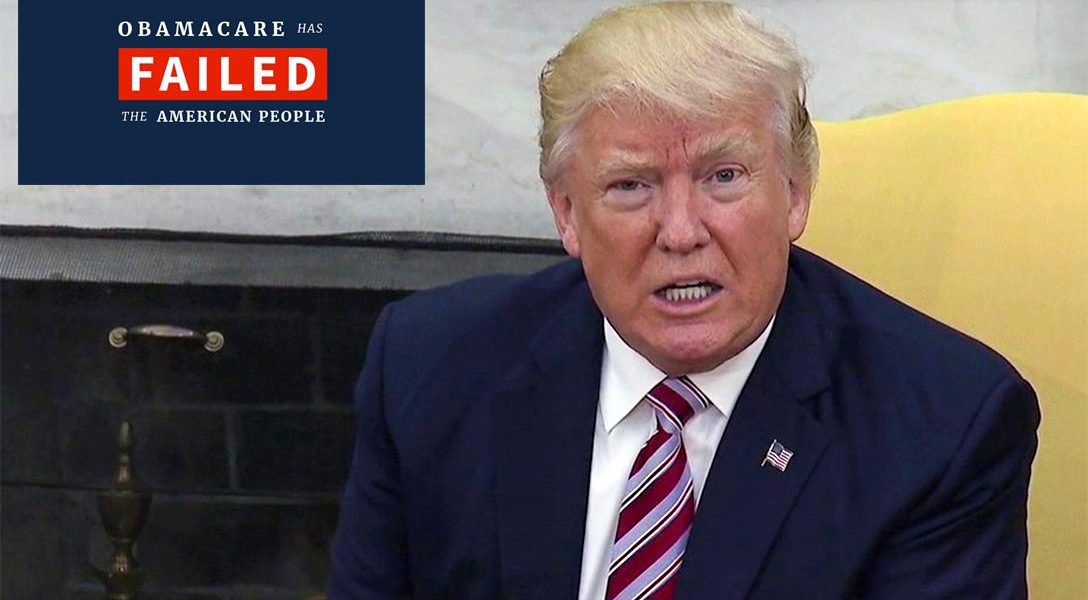 Death by a Thousand Cuts: President Trump is undermining Obamacare by cutting spending for enrollment promotion and signup efforts by $136 million. This will result in higher premiums and increase medical costs for all Americans. Photo credit:  The White House
Editors' Picks

The explosive expansion of Houston subdivisions paved over thousands of acres that the U.S. Army Corps of Engineers had intended for a reservoir and other flood-control projects to help against deluges like the ones from Harvey.

Hillary Clinton tweeted out support for a new social media platform: Verrit. What is it? Well, click here and get ready.

In Part 6 of its ongoing “Trial and Error” series, The Intercept chronicles the path of a lonely young man pressured into a bomb plot. He tried to back out, and now he’s serving life in prison.

Between the House and Senate, there are three separate investigations following three threads of this Trump-Russia saga. Furthermore, these investigations are all vying for the same witnesses.

In case you needed proof that the war rhetoric on North Korea is beginning to boil over, author Ralph Peters writes, “Better a million dead North Koreans than a thousand dead Americans.”

How Trump Can Move with North Korea Trade Embargo (Dan)

Trump spoke of cancelling trade with countries that do business with North Korea. This is mainly aimed at China. Here are what options and outcomes would look like.

The author writes, “Today, right-to-work laws and other anti-union efforts continue to suppress black workers and communities, including in the brutal—and unfortunately, successful—anti-union campaign by Nissan in Mississippi that came to a bitter end just last month.”

The Wild West days of Silicon Valley have come to a close. Now it’s time for a new era of scandal and success for tech entrepreneurs.

The Vermont senator writes, “Labor Day is a time to remember that for hundreds of years the trade union movement in our country has led the fight for equal rights and economic and social justice. And it is a day to pledge our continuing support to protect workers’ rights which have been under fire for decades.”