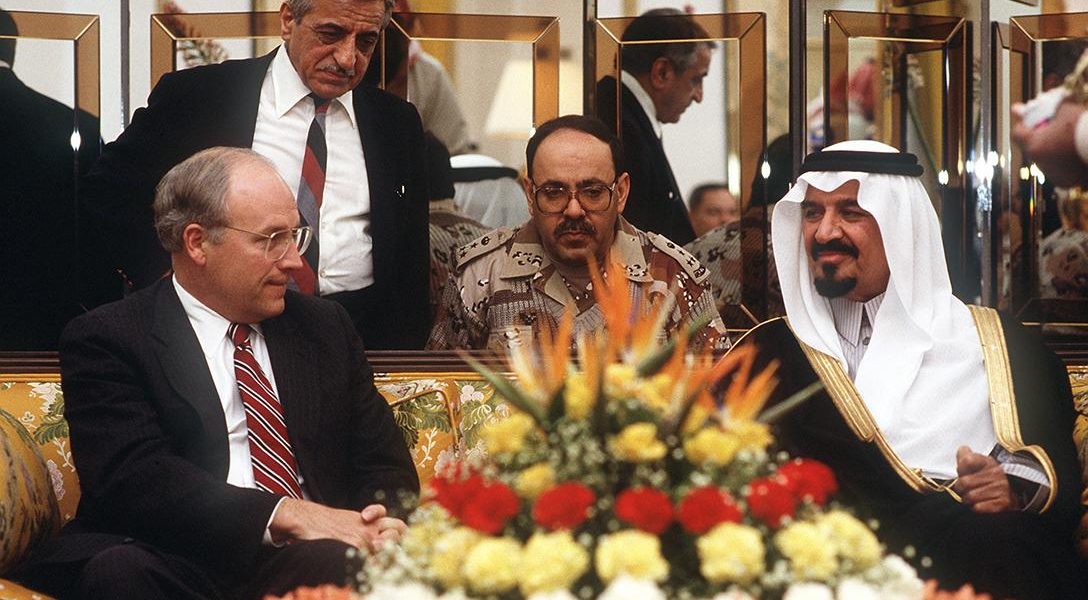 On This Day: The combat phase of Operation Desert Storm began on January 17, 1991, with the goal of forcing Iraq's withdrawal from Kuwait. (Note: Some sources have the start as January 16.) About this photo: Dick Cheney meets with Prince Sultan bin Abdulaziz Al Saud, Minister of Defence and Aviation in Saudi Arabia, in December of 1990 to discuss how to handle the Iraqi invasion of Kuwait. Photo credit: US Department of Defense / Wikimedia
Editors' Picks

Why Nuclear Power is No Alternative ; Past Inauguration Performances Were Not So Contentious ; The Scandal Rocking S. Korea …and More Picks

Days before the Davos conference in Sweden, a  new World Economic Forum study warns that democracy is in “deeper crisis” and that  a “growing mood of anti-establishment populism” shows that it is no longer enough to create economic growth.

Historically, it was much less of a partisan statement. Some highlights from the last 75 years.

Need caught up on the scandal rocking South Korean society? Look no further. Public-private partnerships between the government and S. Korean giants of industry like Samsung and Hyundai have been accused of various crimes such as bribery, embezzlement and general collusion. This is the post-WW2 economic order, buttressed by US support, that has kept the country afloat. Now it is threatening total collapse. President Park, whose father’s dictatorial rule is still fresh in S. Korean’s minds, has been impeached and is set to face criminal prosecution. Now the head of Samsung is facing arrest for perjury. History is being made in South Asia.

Why Nuclear is not an Alternative to Fossil Fuels (Jeff C.)

Costs, danger and a lack of quality uranium are just some of the factors that make clear: Nuclear expansion is not a viable energy strategy.

US Marines Arrive in Norway (Dan)

Last week US troops arrived in Poland. This week, Norway. Moscow is becoming worried at Washington and NATO’s anxiety over possible Russia advancement. See how this could end badly?