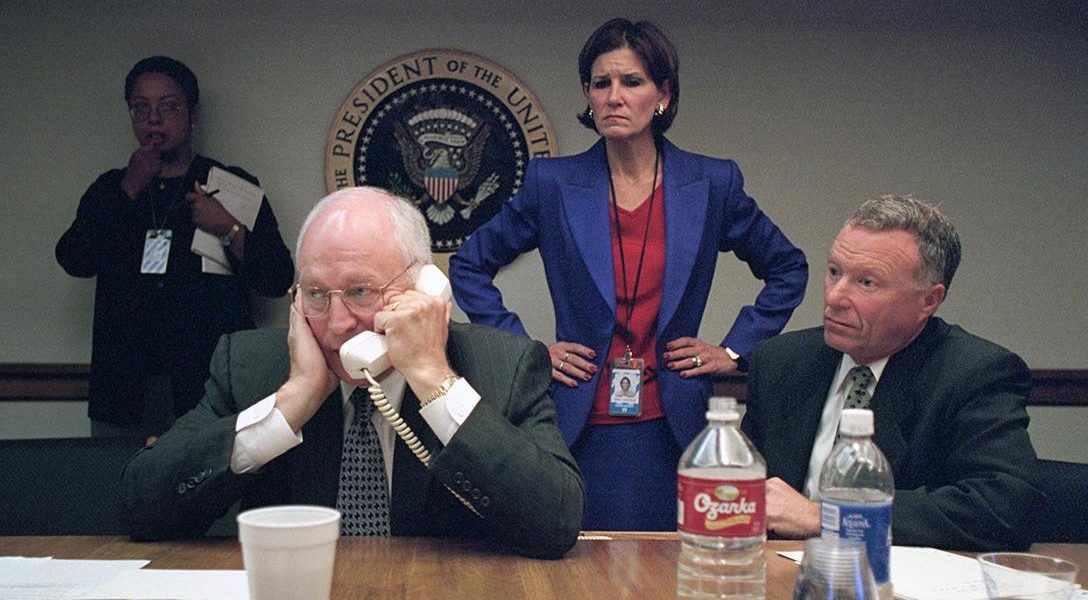 On this Day: In October 2005, Vice President Dick Cheney’s Chief of Staff Scooter Libby was indicted by a federal grand jury for making false statements during an investigation of the exposure of Valerie Plame Wilson as a CIA officer. About this photo: Cheney with counselor Mary Matalin and I. Lewis "Scooter" Libby in the President's Emergency Operations Center, September 11, 2001. Photo credit: The U.S. National Archives / Flickr
Editors' Picks

On a 3-2 vote along party lines, FCC gave the public the right to limit how their info can be shared. Presumably, a lot of rank-and-file Republicans would like this decision.

Hackers – If You Can’t Beat Them, Bitcoin Them (Jimmy)

Hacking attacks can be costly and even devastating for businesses. Some of London’s biggest banks are buying up bitcoins in order “pay off” cyber criminals, rather than deal with the more expensive aftermath of an attack.

Honduras, Deadly for Activists, Backed By US (Russ)

Why the Jobs Aren’t Coming Back (Jeff C.)

Politicians tend to infer that all we have to do is just go get the jobs back, and everything will be fine. But many jobs didn’t “go” anywhere. They vanished and will never reappear. What gives? In a word: Automation.

The Wikileaks editor-in-chief claims the organization’s servers were attacked as retaliation for their daily releases of “Podesta Emails” since early October.

US-Saudi Alliance is “Too Big To Fail” (Jimmy)

The JASTA law was passed to allow 9/11 families to seek legal redress against alleged Saudi involvement. US and Saudi officials discuss how “to fix this” so that sovereign immunity is restored.