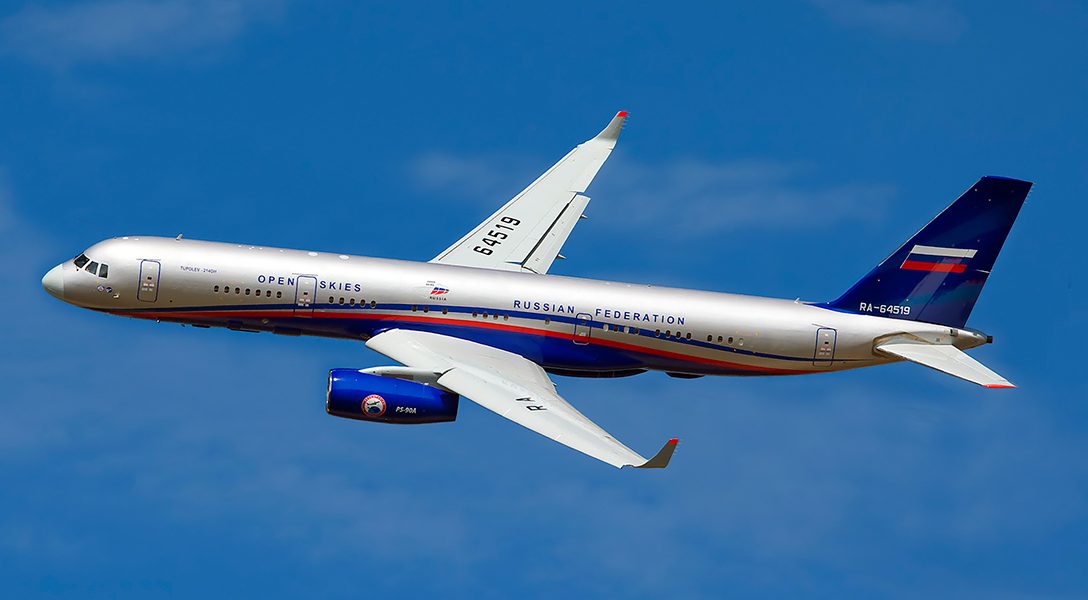 Thirty-four nations allow fellow participants of the Open Skies treaty to monitor their military movements and infrastructure from aircraft. The treaty is designed to build confidence by ensuring that no signatory is preparing to stage aggressive action. The US believes the new Russian Tu-214ON carries equipment that exceeds the limited fidelity provided for in the agreement. Photo credit: Adapted by WhoWhatWhy from Oleg Belyakov / Wikimedia (CC BY-SA 3.0)
Editors' Picks

New Russian Aircraft Not Approved for Reconnaissance Flights Over US

The Incremental Effect of Trump vs. Europe (Dan)

The European Union and the Trump administration have agreed to a fragile truce after imposing tariffs on each other. But that doesn’t mean businesses, and politicians, are not worried.

Ten Years After the Crash, We’ve Learned Nothing (Jimmy)

From Rolling Stone: “The great financial catastrophe of our times is still badly misunderstood, and led to grotesque consequences, including the election of Donald Trump.”

The author writes, “On Wednesday, US Secretary of State Mike Pompeo certified that the coalition of Persian Gulf monarchies waging a war in Yemen was taking sufficient steps to protect civilians. The declaration by Pompeo — which flew in the face of years of criticisms of the coalition’s conduct in the war by international bodies and human rights groups — allowed the US to continue refueling coalition jets.”

Central Banks Have Gone Rogue, Putting Us All at Risk (Jimmy)

The author writes, “Marking the 10th anniversary of the 2008 collapse, former Fed chairman Ben Bernanke and former Treasury secretaries Timothy Geithner and Henry Paulson wrote in a Sept. 7 New York Times op-ed that the Fed’s tools needed to be broadened to allow it to fight the next anticipated economic crisis, including allowing it to prop up the stock market by buying individual stocks. To investors, propping up the stock market may seem like a good thing, but what happens when the central banks decide to sell?”