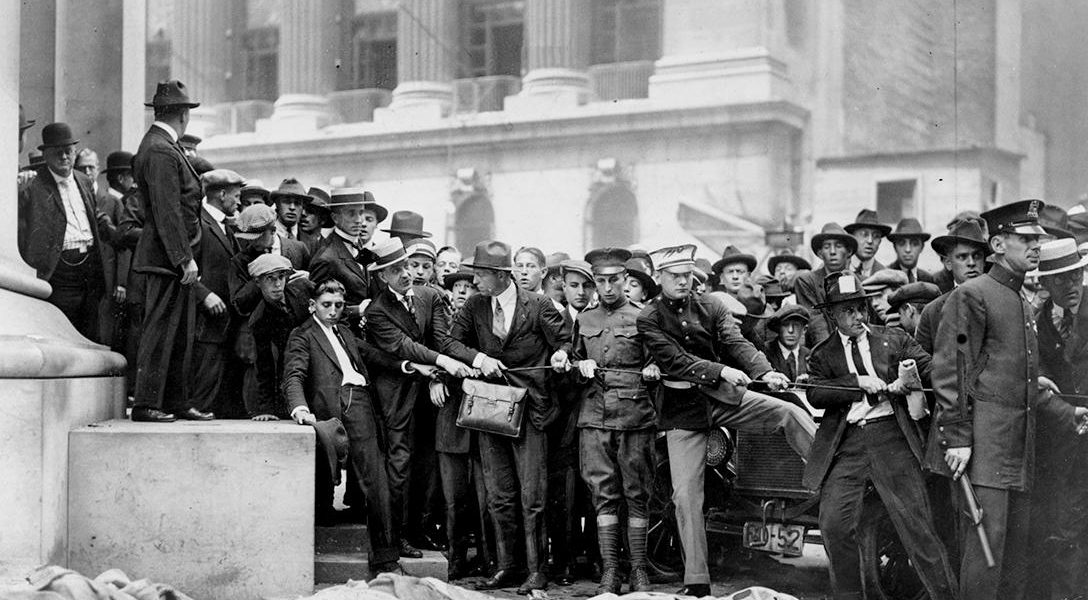 On this Day: Tomorrow is the five year anniversary of the beginning of the Occupy Wall Street protests. Today is the 96th anniversary of the Wall Street bombing. A horse wagon equipped with an improvised explosive device was exploded in front of the J.P. Morgan building. The act of domestic terrorism killed thirty-eight people and injured several hundred. No one was ever charged with the crime. About this photo: Soldiers and police establishing line at door of the Morgan Bank while bodies of the victims are lying in front of the Sub Treasury. Photo credit: Library of Congress / Wikipedia
Editors' Picks

Can Old-Fashioned Print Newspapers Make it as “Pop-ups?” (Russ)

An interesting experiment in the UK after the Brexit vote found desire for conversation that is maybe better fostered by those with an actual newspaper visibly in hand.

The administration believes there is a lot of time between now and next Friday — when an answer is required — to convince senators against passing the bill.

Longer-term bond yields have dropped to record lows, and that means pensions are facing swelling deficits as their investment income fails to keep up with their obligations.

Included are significant improvements to how prisoners are cared for, such as on-call nurses and “electronic cell checks.” Any future Waller County legislation will be named in Bland’s memory.

Get Teens to Cooperate: Make Others the Bad Guys (Russ)

A study shows rebellious teens will eat their greens if they’re encouraged to direct their animus at big corporations pushing unhealthy lifestyles and products on us. (Hey — you can also tell them you hate WhoWhatWhy so they read it!)

“My interest in this issue really is in my capacity as regulator of nonprofits in New York state,” elected Democratic official Eric Schneiderman said. “And we have been concerned that the Trump Foundation may have engaged in some impropriety from that point of view.”