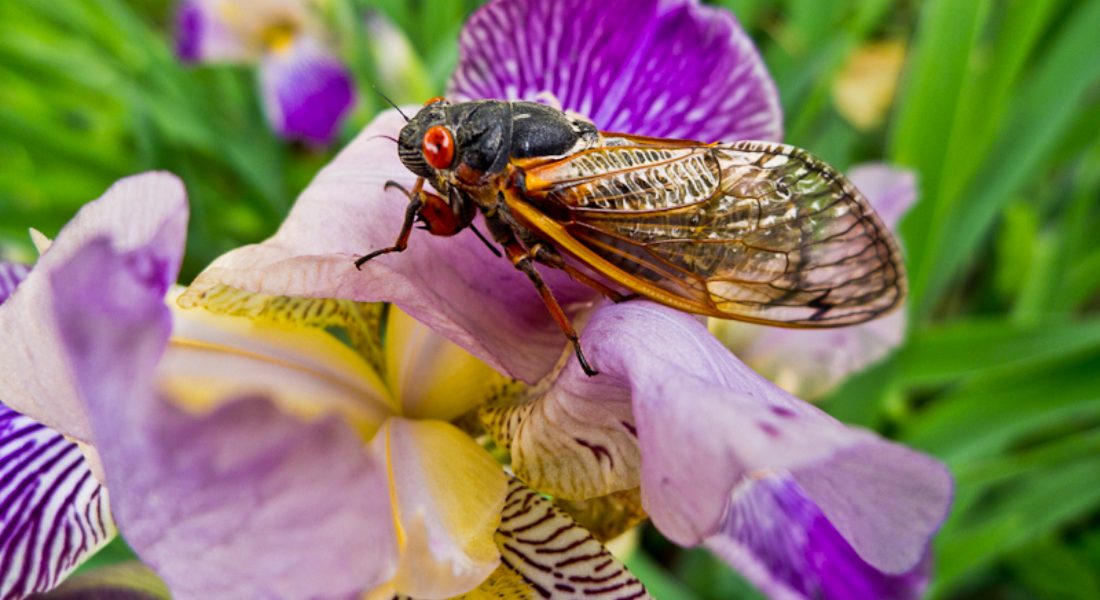 The author writes, “Within days — a couple weeks at most — the cicadas of Brood X will emerge after 17 years underground. There are many broods of periodic cicadas that appear on rigid schedules in different years, but this is one of the largest. They’ll be in 15 states, from Indiana to Georgia to New York. ... Scientists say the imminent arrival of Brood X is a sign that despite pollution, climate change, and dramatic biodiversity loss, something is still right with nature. And it’s quite a show.” Photo credit: iLike.sky / Flickr (CC BY-NC 2.0)
Editors' Picks

The author writes, “Early in the pandemic, when vaccines for the coronavirus were still just a glimmer on the horizon, the term ‘herd immunity’ came to signify the endgame: the point when enough Americans would be protected from the virus so we could be rid of the pathogen and reclaim our lives. Now, more than half of adults in the United States have been inoculated with at least one dose of a vaccine. But daily vaccination rates are slipping, and there is widespread consensus among scientists and public health experts that the herd immunity threshold is not attainable — at least not in the foreseeable future, and perhaps not ever.”

From Food Navigator: “In a report, it said new genetic modification techniques such as CRISPR/Cas have the potential to contribute to a more sustainable food system as part of the objectives of the European Green Deal and the Farm to Fork Strategy. In 2018 the European Court of Justice ruled that new GMOs must be regulated under the existing EU GMO laws, as to exempt them ‘would compromise the objective of protection’ and ‘would fail to respect the precautionary principle.’ The report, however, concluded that more permissive rules may be needed to allow GMOs produced with these techniques.”

The author writes, “Higher mushroom consumption is associated with a lower risk of cancer, according to a new study. The systematic review and meta-analysis examined 17 cancer studies published from 1966 to 2020. Analyzing data from more than 19,500 cancer patients, researchers explored the relationship between mushroom consumption and cancer risk.”

Inside the ‘Tartarian Empire,’ the QAnon of Architecture (Dan)

From Bloomberg: “A dedicated group of YouTubers and Reddit posters see the Singer Building and countless other discarded pre-modern beauties and extant Beaux-Arts landmarks as artifacts of a globe-spanning civilization called the Tartarian Empire, which was somehow erased from the history books. Adherents of this theory believe these buildings to be the keys to a hidden past, clandestinely obscured by malevolent actors.”

The author writes, “A coastal town in western Japan has drawn ire on social media for using some of the coronavirus relief funds it was given by the government to build a statue of a giant squid in the hopes of boosting tourism. The town of Noto in Ishikawa Prefecture was awarded 800 million yen ($7.3 million) in grants from the central government as part of an aid program aimed at boosting local economies amid the pandemic, according to domestic media. From that amount, Noto used 25 million yen ($229,000) to cover part of the cost of building the statue, which is 13 feet high and 29.5 feet long, domestic media reported. Total construction costs were around 30 million yen ($274,000), they said.”