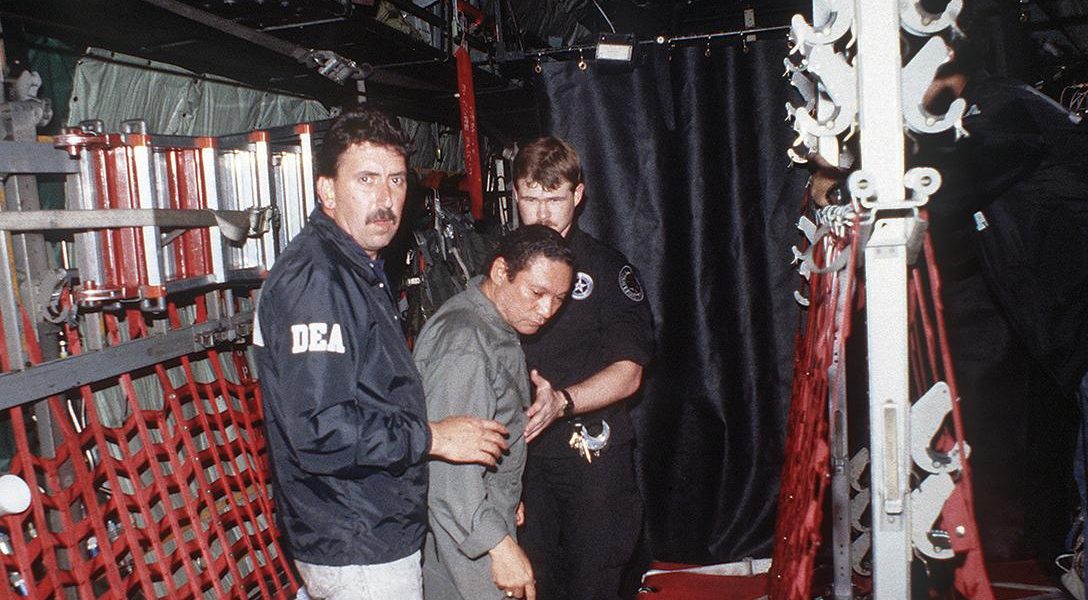 On this Day: In a press conference on October 13, 1989,  President George H.W. Bush declared his desire to remove the military leader of Panama, Gen. Manuel Noriega. "We want to see Mr. Noriega out," Bush said. This preceded the US invasion of Panama and the surrender of Noriega on January 3, 1990. About this photo: Gen. Manuel Noriega is escorted by US Drug Enforcement Agency agents to the United States, where he will formally surrender and be held for trial on drug charges. Photo credit: US Air Force / Wikimedia
Editors' Picks

Global investment in clean energy fell to the lowest in more than three years as demand for new renewable energy sources slumped in China, Japan and Europe.

The move accentuates the gravity of Russia’s current diplomatic crisis with the West.

America’s drinking water problem is beginning to seem bigger than thought. It also raises the infrastructure improvement issue, which has gotten short shrift in the presidential campaign.

An Elite Squad of Police Paid to Never Forget a Face (Jeff C.)

Officers in his unit are believed to have an uncanny ability to place a familiar face, a skill that some researchers estimate is present in roughly 1% of the population. These “super-recognizers” are being called in to help crack cases that have gone cold.