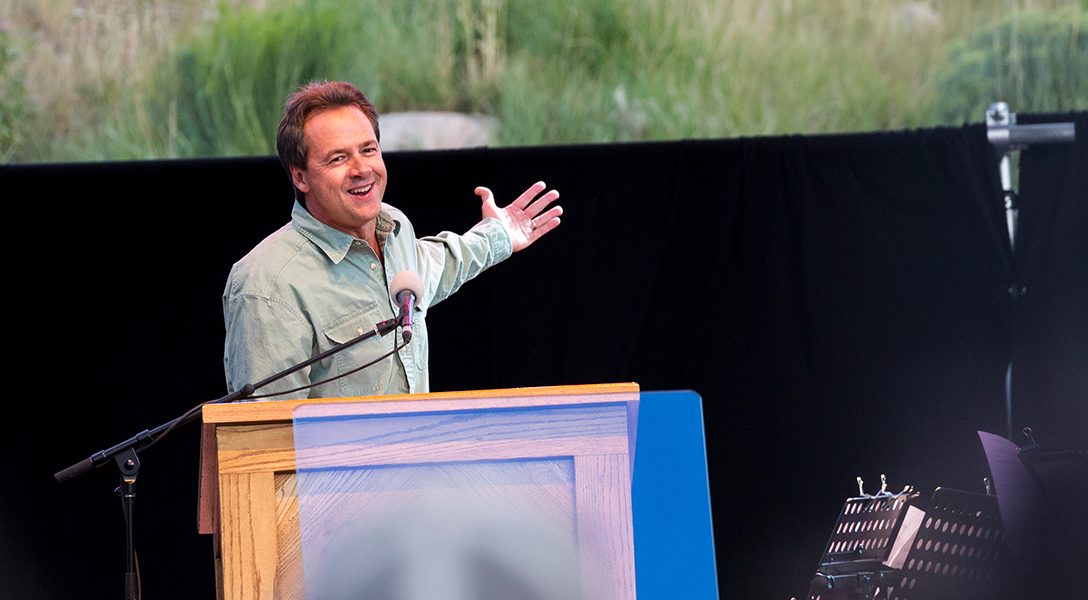 Montana Governor Steve Bullock and the state Department of Revenue have announced a lawsuit against the IRS and the Department of the Treasury over a recent change to eliminate certain disclosure requirements from some tax-exempt organizations. The change would keep secret contributor names, and the suit raises concerns over lack of disclosure of foreign contributions in US elections. Photo credit: Yellowstone National Park / Flickr
Editors' Picks

The author writes, “The old Bush-era neoconservatives, including National Security Adviser John Bolton and Fleischer himself, have eagerly revived all the rhetorical deceptions they once deployed with regard to ginning up the disastrous Iraq War, but are now aiming them at Iran.”

The author writes, “The bill — named this year after Senate Armed Services Committee Chairman John McCain (R-Ariz.), who is at home undergoing treatment for brain cancer — would authorize about $639 billion for the base budget of the Pentagon and defense programs of the Energy Department. It would also allow for another $69 billion for a war fund known as the Overseas Contingency Operations (OCO) account.”

From the Intercept: “‘It has always been clear that we have separate criminal justice systems in this country for the poor and for the rich,’ the summary reads. ‘A wealthy person charged with a serious crime may get an ankle monitor and told not to leave the country; a poor person charged with a misdemeanor may sit in a jail cell. And this disproportionately affects minorities — fifty percent of all pretrial detainees are Black or Latinx.’”

‘We Are Fighting for Information About War’: Pentagon Curbs Media Access (Reader Luke)

From Politico: “Defense Secretary James Mattis has not briefed reporters on-camera in the Pentagon since April, while his chief spokeswoman has not done so since May.”