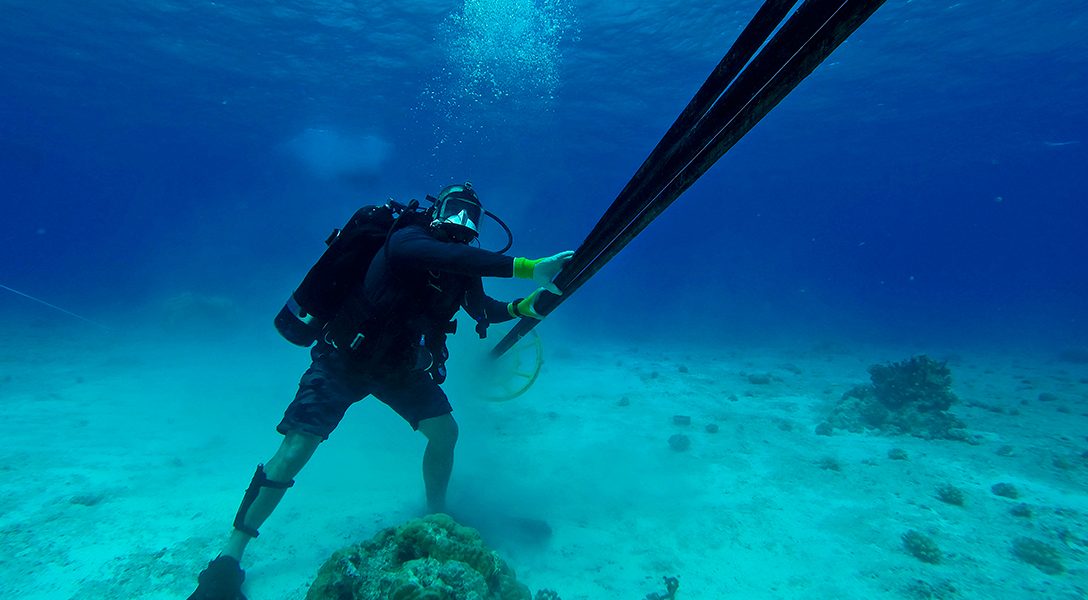 Undersea Cables: Russian-caused breaks may be as rare as cable shark bites, but NATO plans to monitor Russian cable activity in the North Atlantic to ensure the integrity of these global connections. Photo credit: US Navy
Editors' Picks

That is the question, according to TRNN’s Aaron Mate. Mate could not get a straight answer from Guardian reporter Luke Harding — whose book on the topic, ironically titled Collusion, is a New York Times #1 bestseller.

In a big giveaway to arms manufacturers like Raytheon and Boeing, the Trump administration is drafting a plan that would boost US weapon sales around the globe. Don’t expect the sellers to show concern over human-rights-abusing buyers either.

The notorious Kris Kobach is using anecdotal cases of voter fraud to further his — and President Trump’s — claims that it is a widespread problem.

How Airlines Are Screwing You (Russ)

Southwest Airlines, along with American, Delta, and United, agreed to a $15 million settlement over “limiting capacity” on their airlines. This effectively shrinks available seating and, by consequence, raises fares. While none of the carriers admitted wrongdoing, and tacitly stated the plan will continue in a variety of ways, the class-action lawsuit is an important first strike.

While many Arab countries claim to support the Palestinian cause, such as Egypt and Saudi Arabia, most of them are actually closer to Israel.

NASA’s $1 billion Juno spacecraft is taking stunning photos of the giant gas planet. Some of the many storm systems captured are larger than the earth’s diameter.

‘It Can’t Be True.’ Inside the Semiconductor Industry’s Meltdown (Jimmy)

Just how bad is the latest hack threatening literally almost every modern processor on the planet?