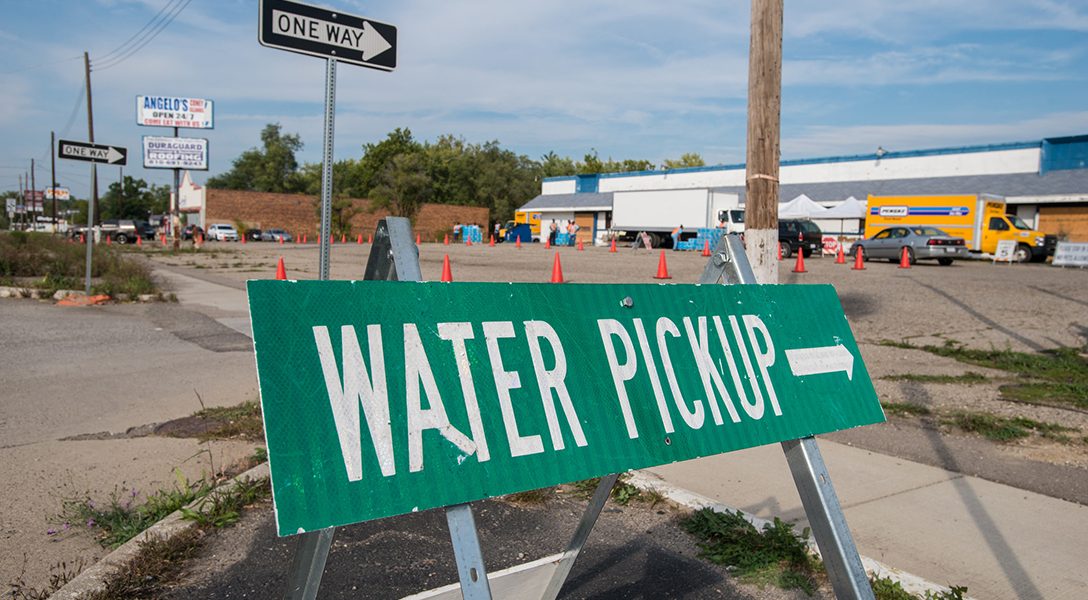 Flint Water: Michigan Gov. Rick Snyder’s administration announced that free bottled water will no longer be available to Flint residents when the current supplies run out. The state claims the tap water is now safe to drink. Many citizens of Flint don't trust the state government and want the free bottled water to continue. Photo credit: U.S. Department of Agriculture / Flickr
Editors' Picks

A new bill introduced in Maryland would effectively regulate Facebook and other social media platforms. Facebook’s scandal with Cambridge Analytica has likely changed their opinion from being averse to any regulation, to now supporting it.

What Ken Burns Left Out of the Vietnam Story (Jimmy)

Geoffrey C. Ward and Ken Burns have co-written The Vietnam War: An Intimate History, a 640-page companion coffee-table book to Burns’s documentary series The Vietnam War. But this writer critiques both the book and the documentary for the same failing: not accounting for the real reasons behind the US’s entry into the war.

The news comes as the US and other Western powers are blaming Syria, as well as Russia and Iran, for allegedly conducting a gas attack on civilians in the rebel-held town of Ghouta.

Democrats are still in awe that their “Blue Wall” states went decidedly Red for Trump in the 2016 election. This article explains what Midwesterners understand about the Donald, and why they’ll probably vote for him in 2020.

$13,000 in campaign donations for Sacramento’s top prosecutor came from two local law enforcement unions just days after Stephon Clark’s killing by police. The unions are calling it an “unfortunate coincidence.” Others describe it as something else.

For John Bolton, Russia Is Part of a New ‘Axis of Evil’ (Jimmy)

The author writes, “Bolton’s Russia stance seems at odds with that of Trump, who has repeatedly said he wants to maintain cordial relations with Putin in the hope of improving US-Russia relations. But a majority of Trump’s other advisers are sympathetic to Bolton’s view.”

The author writes, “The freshman congressman, who took the seat of Office of Management and Budget Director Mick Mulvaney in 2017 following a special election, said he was attempting to make the oft–repeated argument from the right that guns aren’t dangerous, people are.”