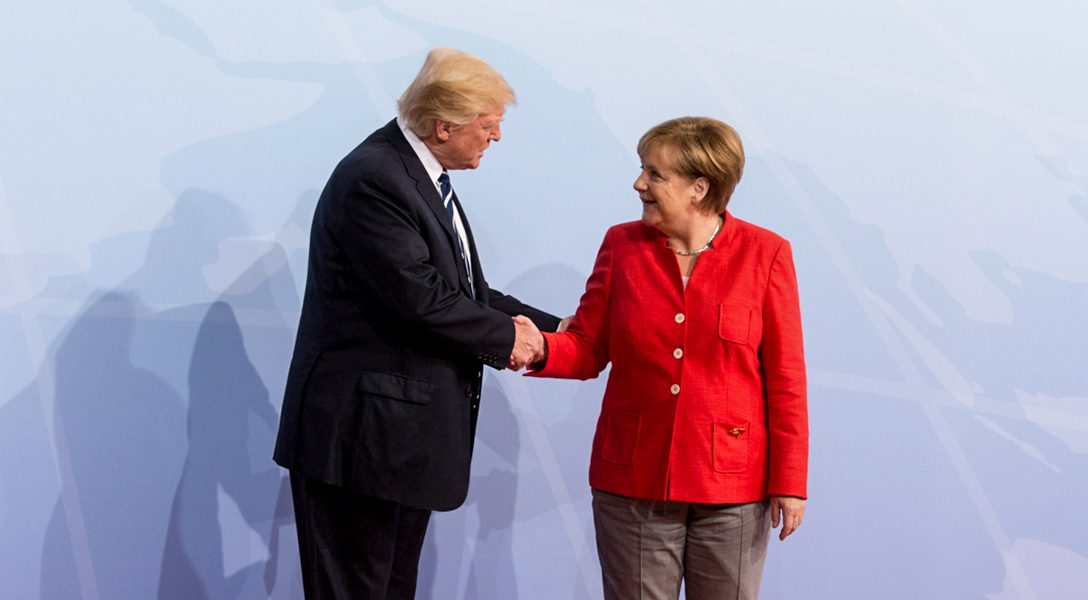 German Foreign Minister Heiko Maas suggests that, in recognition of diverging interests with the US, the EU should “form a counterweight where the US crosses red lines” and advance “where America retreats.” He called on European allies to strengthen NATO, increase taxes on US multinationals, and create a European Monetary Fund. Photo credit: The White House / Flickr
Editors' Picks

New Attempted Hack of DNC Was a ‘Test’ (Dan)

Despite widespread coverage that hackers recently attempted to infiltrate the Democratic National Committee, DNC officials admitted the event was actually a “test” by a “third party.”

The alleged killer of Iowan Mollie Tibbets, Cristhian Bahena Rivera, is here legally according to his lawyer Allen Richards. Richards further pressed that President Trump is using the case as a proverbial political football to not only further his immigration policies, but to “poison” the case.

The author writes, “Saudi-led coalition airstrikes killed 30 people, including 22 children, in a rebel-held area in northwestern Yemen on Thursday, according to the Houthi-controlled Health Ministry.”

The author writes, “Robert Mueller has already indicted numerous Russian agents for using Facebook to meddle in the 2016 election, and journalists have clearly spelled out how Vladimir Putin’s Internet Research Agency manipulates the web. The United States has even condemned the Russian government and sanctioned its leaders. But at the same time, the US has put together its own plans to use Facebook to foment dissent clandestinely in Cuba.”

From the Guardian: “‘The public realm doesn’t have to sit back and watch as a few mega tech corporations hoover up digital rights, assets, and ultimately our money,’ the Labour leader said.”

The author writes, “A bill that would have significantly bolstered the nation’s defenses against electoral interference has been held up in the Senate at the behest of the White House, which opposed the proposed legislation, according to congressional sources.”