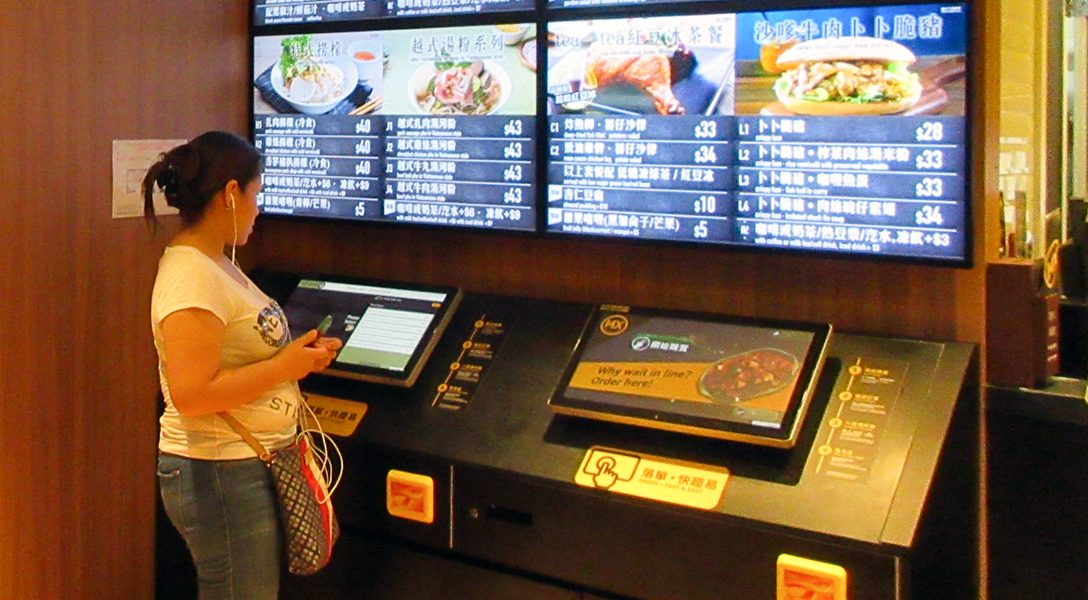 Robot Workforce: Automation of manufacturing jobs has been taking place for many years. Soon fast food, retail, driving, and many other low skilled jobs will be performed by robots. Here are some ways to prepare. Photo credit: Akw OHhaks / Wikimedia (CC BY-SA 4.0)
Editors' Picks

How Illegal Weapons of Mass Surveillance are Sold (Milicent)

Al Jazeera has produced an extremely engrossing, visually powerful documentary, exposing the covert sales of sophisticated surveillance equipment to the highest bidder, no matter how corrupt. And how they circumvent the rules.

The social media giant joins other tech firms that try to help in this area. Google, for example, displays a suicide hotline phone number in response to some searches. When deemed appropriate, Facebook will go so far as to actually alert the authorities.

Life in the Amazon (Chris)

When he went undercover at an Amazon warehouse, British journalist Alan Selby “found workers falling asleep on their feet as they struggled to keep up with seemingly impossible targets, with a new parcel expected to be packed and ready every 30 seconds.”

What Do the Koch Brothers Want Out of ‘Time’ Magazine? (Jimmy)

The author writes, “That Charles and David Koch are putting $650m into Meredith Corp’s purchase of Time would ordinarily be cause for great soul-searching in media. But these are not ordinary times.”

The author writes, “With Republican Ajit Pai now in charge at the Federal Communications Commission, Comcast’s stance has changed. While the company still says it won’t block or throttle Internet content, it has dropped its promise about not instituting paid prioritization.”