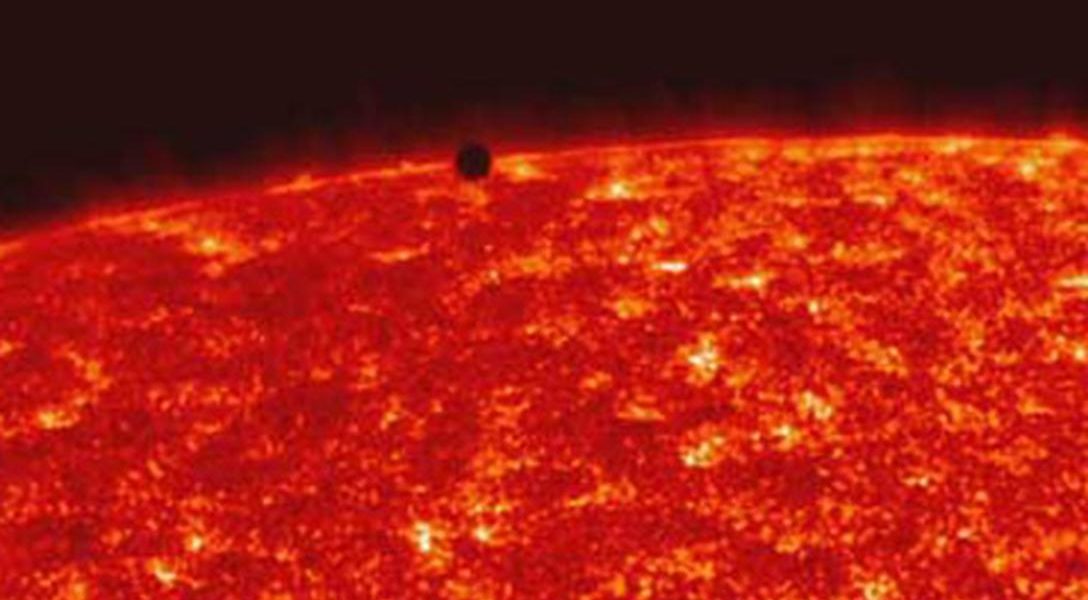 "The transit or passage of a planet across the disk of the Sun may be thought of as a special kind of eclipse. As seen from Earth, only transits of the inner planets Mercury and Venus are possible." Mercury Transits the sun today, on May 9, 2016. About this photo: Transit of Mercury seen by the TRACE satellite.  Photo Credit: NASA
Editors' Picks

Medical Error is Third Leading Cause of Death in US (Milicent)

The Centers for Disease Control (CDC) uses death certificates for ranking causes of death – but those certificates depend on codes which do not include medical error. A Johns Hopkins study revealed the true prevalence of medical error, and why it is so grossly underreported. An example: after a successful transplant, a woman was readmitted with unspecified complaints. As part of her evaluation, she was given an unnecessary test which involved sticking a needle into the sac surrounding her heart. A few days later, she returned with internal bleeding, which lead to cardiac arrest. Cause of death per death certificate: “cardiovascular.” Cause of death per autopsy: the needle inserted earlier had grazed her liver — causing rupture and extensive bleeding leading to the arrest.

Ash Carter May Stay On in Clinton Administration (Dan)

Secretary of Defense Ash Carter may stay on in a Clinton administration since their ‘views are consistent’ and both are for a stronger line against ISIS.

The cartoonist of a small Iowa paper was fired after drawing a cartoon that pointed out how much money the CEOs of Monsanto, John Deere and DuPont Pioneer make. His cartoon drew the ire of one of the paper’s advertisers and he was let go. While his former bosses probably hoped that would be the end of it, this blatant example of censorship resulting from corporate pressure has attracted national attention.

Whether it be saying a fellow legislator does not deserve to be ‘raped’ by him, or his admitted inability to love a gay son, Jair Bolsonaro has tapped into the anti-establishment furor driving politics in 2016. His rise comes at a time when Brazil’s president Dilma Rousseff faces impeachment proceedings. Who knows, the world could see a Donald Trump in the Southern hemisphere.

Describe the US-backed war against US interests and a humanitarian disaster.

The Nader “spoiler” arguments are starting early this year, blaming Sanders for Hillary still having to defend her record, which may result in her losing voters she needs to win in November, should she be the nominee.

While many Republicans are still trying to digest that Donald Trump is the presumptive Republican presidential nominee, others are updating their resume to apply for Cabinet positions. As we know, too, Donald has a long history of vetting potential hires.