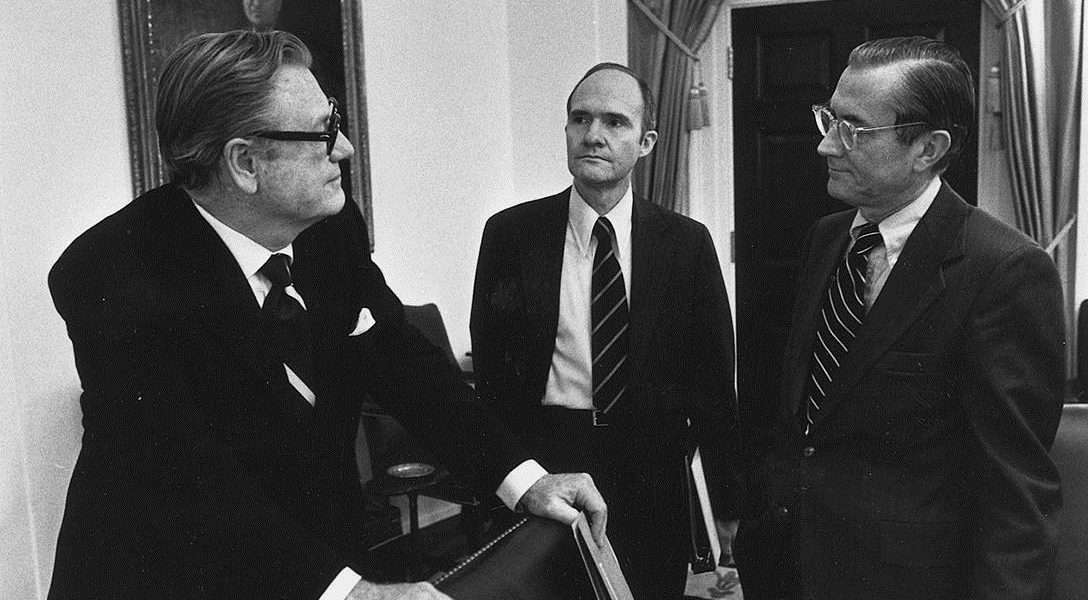 The body of former CIA director William Colby is found washed up on a riverbank in southern Maryland, eight days after he disappeared on May 6, 1996.  This photo includes Vice President Nelson A. Rockefeller; Deputy Assistant For National Security Affairs Brent Scowcroft; and Central Intelligence Agency Director William Colby in the Cabinet Room of the White House. Photo Credit: White House / Wikimedia
Editors' Picks

To deter any future Russian ambitions of territorial expansion like the annexation of Crimea. War for Peace, anyone?

Worried about electronic surveillance, ISIS is using carrier pigeons as a low-tech means to communicate.

Mostly on Wall Street and yes, mostly by appealing to the fear of a Trump presidency.

Funded by a progressive tax, a single-payer approach would cost much less than our current wasteful system. Doing nothing will more than double the amount of uninsured from 12.7 million people to 28 million by 2026.

Doctors Without Borders Pulls Out of UN Humanitarian Meeting (Dan)

Calls the gathering a ‘fig leaf of good intentions’ and that countries were ignoring the ‘systemic violations’ of international humanitarian law.

Donald Trump tweeted a photo of himself eating a taco bowl on cinco de Mayo in an apparent attempt to pander to Hispanics. But people who examined the picture more closely realized that the presumptive GOP nominee appeared to have a photo of his bikini-clad ex-wife on his desk. Ooops!