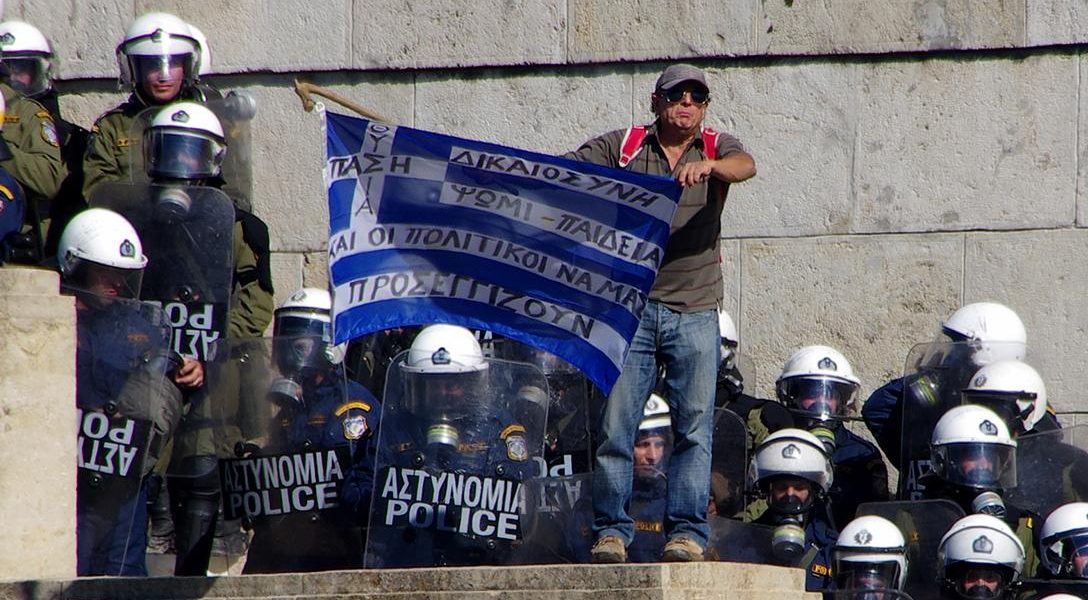 Mass protests in Greece erupted on May 5, 2010, including three deaths, in response to austerity measures demanded by the European Union and the International Monetary Fund. About this photo:  A man climbs the parliament stairs to unfurl his Greek flag and with the message: "Bread, Education, Proximity with politicians, with all the necessary sacrifices".  Photo Credit:  Eric Vernier / Flickr (CC BY SA 2.0)
Editors' Picks

The axis wobble is apparently not in itself cause for concern, but anyone who is still denying Climate Change’s impact at this point really does need to have their head examined.

The Justice Department has informed North Carolina Governor Pat McCrory that his state’s controversial LGBT violates civil rights. The DOJ has imposed a deadline of May 9 by which the governor has to determine whether he would seek to fix the violations. Otherwise, North Carolina stands to lose hundreds of millions of dollars in federal education funds.

The 28-year-old Captain Nathan Michael Smith argues that the Bush administration’s 2001 and 2002 authorizations — allowing the Executive to wage war against the perpetrators of the 9/11 attack — is outdated and any new fight requires Congressional approval.

I feel like too many people are saying “I feel like” rather than just stating their opinions directly. This results in avoidance of debate and turns everything into meaningless and phony personalization of expression, as this essayist notes.

Despite the likely GOP nominee’s call for party unity, both Poppy Bush — who endorsed every Republican for the past five election cycles — and W plan to stay silent during this election.

In Turkey the prime minister is supposed to hold more power than the president. All that changed after Erdogan came to power. Now there will be no one to curb his power grab, except the people.