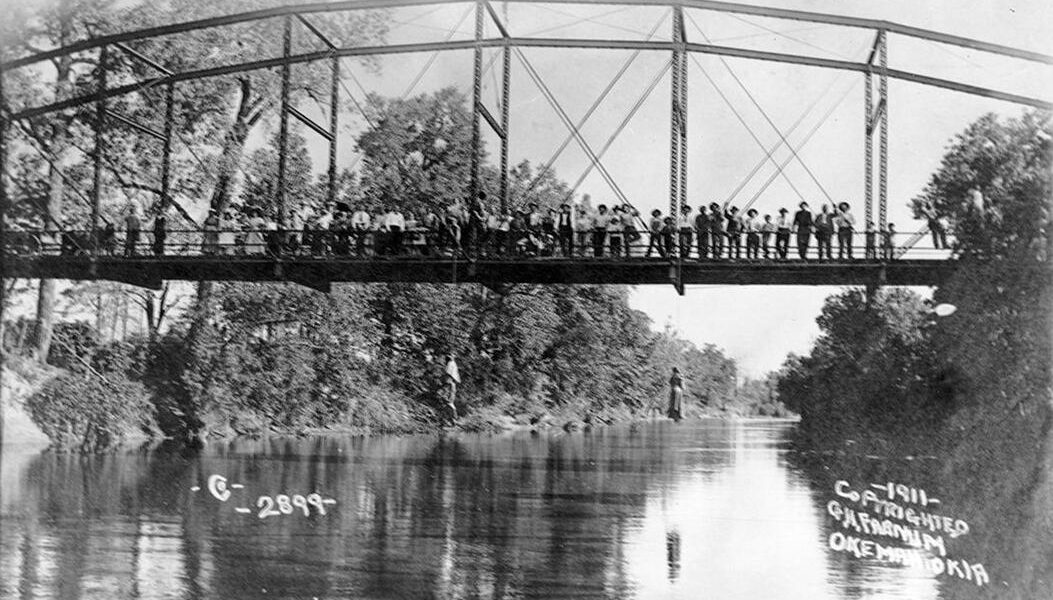 On this day in 1911 Laura Nelson and her son L. D. were lynched near Okemah, Okfuskee County, Oklahoma. A posse was searching the Nelson's farm for a stolen cow and L. D. shot and killed Okemah's deputy sheriff, George Loney. The African American family was held on charges. Laura and L. D. were kidnapped from their cells in a night raid conducted by a large number of white men, allegedly including Charley Guthrie, father of the folk singer Woody Guthrie. The Associated Press reported that Laura was raped. The mother and son were then hanged from a railroad bridge over the North Canadian River.  Photo credit: George H. Farnum / Wikimedia
Editors' Picks

Wasserman Schultz is on Thin Ice as DNC Chair (Klaus)

Debbie Wasserman Schultz may be sacrificed as head of the DNC to try to heal the rift between the Clinton and Sanders factions of the Democratic Party. The DNC chair has often drawn the ire of Sanders supporters and the campaign and leading Democrats are increasingly worried that she might be an impediment to party unity.

Venezuela’s economic meltdown has become so dire that few political analysts believe President Nicolas Maduro will manage to finish his term, which ends in 2019.

For the first time in well over a century, the share of 18-34 year olds in the US who are living with their parents has surpassed that of any other living arrangement.

Oil and gas companies are spending heavily to crush three Colorado ballot initiatives that would limit fracking. And some of the state’s most powerful Democrats are helping them.

Princola Shields, a 19-year-old with a history of child abuse, mental illness, and repeated threats of suicide was locked alone in an Indiana Women’s Prison shower stall where she screamed and pleaded for help for three hours until she hung herself with a shower curtain.

The federal subsidy to localities to maintain their own water system, a ‘robbing Peter to pay Paul’ scenario, may have worked once. Now, however, the US is a much different place.

Another good reason to exercise: Analysis of pooled data from over a million people showed that exercise cut the risk in 13 (out of 26) different cancers, from 10% to 42%: esophageal, liver, lung, kidney, gastric cardia, endometrial, myeloid leukemia, myeloma, colon, rectal, head and neck, bladder, and breast cancer.