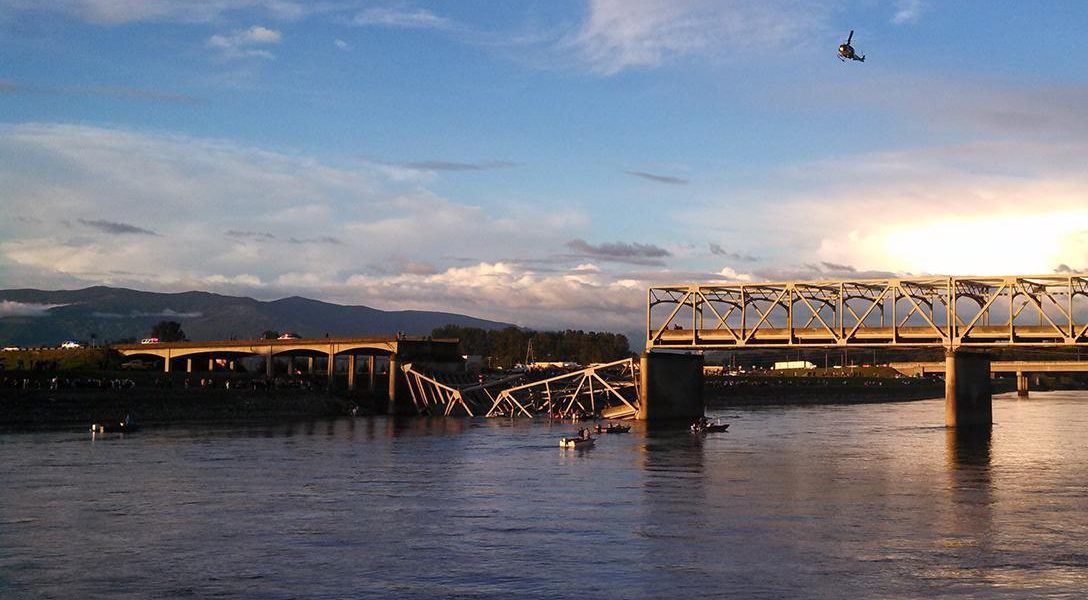 Five years ago today the I-5 bridge over the Skagit River in Washington State collapsed after an overly tall truck hit a bridge girder. This bridge was rebuilt and renamed the Trooper Sean M. O'Connell Jr. Memorial Bridge for the state trooper who died while directing traffic through the detour when his motorcycle was hit by a truck. This incident brought attention to the infrastructure deficit in the United States that still exists today.  Photo credit: Martha T / Wkimedia (CC BY 2.0)
Editors' Picks

In Oregon’s Hood River County, citizens beat back an attempt by Nestle to build a bottling plant and extract more than 118 million gallons from a spring in their rural area. This ground-breaking ballot measure bans production and transportation of large-scale commercial bottled water.

Another notch in the belt for a US president content with negotiating with the worst of the worst.

After reporting for a week that Bernie Sanders’ supporters threw chairs at the Nevada Democratic Convention, the media has yet to provide video evidence. The story was eventually debunked by NPR and Politifact.

After a hugely successful presidential campaign, Bernie Sanders will have enormous clout returning to the Senate. That is if disgruntled Democrats let him.

Plaintiffs say that ballots in numerous counties don’t make it plain what independents need to do so they can vote in party primaries. (See our reporting on other unnecessary confusion, including this.)