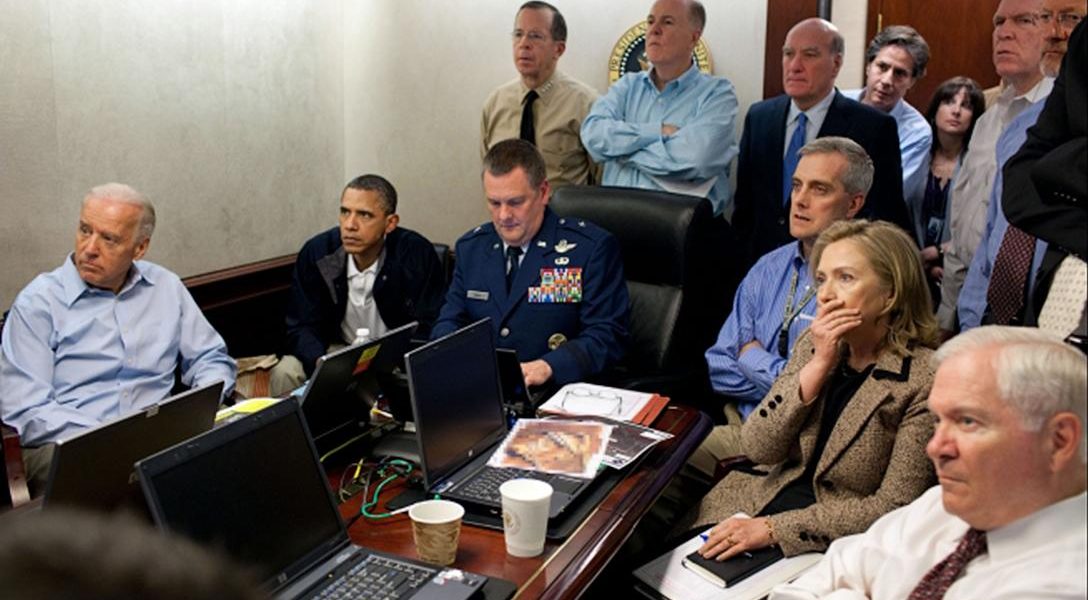 Osama bin Laden, leader of the group behind the September 11, 2001 attacks on the World Trade Center and Pentagon and the FBI's most wanted man, is killed by United States special forces in Abbottabad, Pakistan.  About this photo: Vice President Joe Biden, left, and President Barack Obama, along with members of the national security team, receive an update in the Situation Room of the White House on the mission against Osama bin Laden. Photo Credit: US Embassy / Flickr
Editors' Picks

The agency used the hashtag #UBLRaid to live-tweet the raid yesterday as if it were happening in real time. The tweets included the photo of President Obama, then-Secretary of State Clinton, and other officials allegedly watching the action unfold. On May 12, 2011 we first published our doubts about the official story.

Man Jailed For Seven Months For Not Turning Over Password (Jeff C.)

The Fifth Amendment should prevent the government from punishing a person for not testifying against themselves, which is what’s being argued by the defendant’s indirect representation in its appeal to the Third Circuit.

When ready for use, initiative could dramatically reduce criminal and accidental gun violence.

CIA rendition and torture victim defends operative being extradited to Italy. Says higher US officials should be put on trial.

Police and security forces stand down as protesters breach the Green Zone walls and occupy the parliament.

Call it a conflict of interest.

Which Places in America Most Resemble “Normal America?” (Gerry)

You may be surprised to see what places define ‘normal America’ when applied statistical analysis answers the questions. Hint: They’re not in New Hampshire nor Iowa, two states that have an inordinate influence on our presidential elections, thanks to rules tailored to a 1950-centric view of the country.