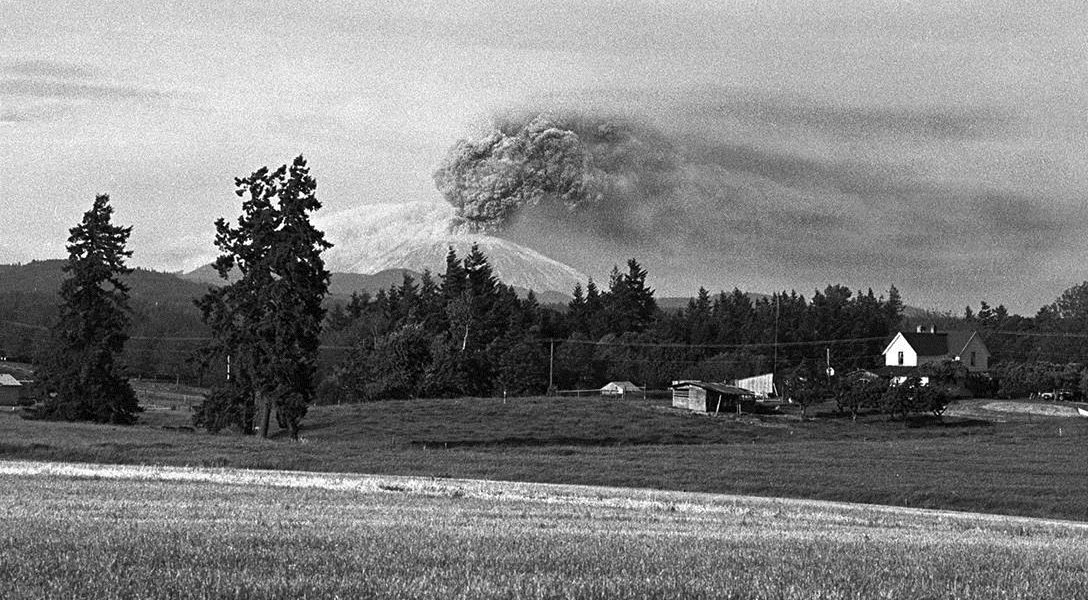 May 18, 1980 Mount St. Helens erupts in Washington killing 57 people and causing close to $3 billion in damage.  The stratovolcano would erupt again 2 years and 1 day later on May 19, 1982. It was recently reported that swarms of earthquakes have been detected as Mount St. Helens recharges with magma. About this photo: Taken near Woodland, Washington by Robert DeGraff on May 18th.  He was returning home to Portland from Seattle.  Photo Credit: Robert DeGraff / Flickr
Editors' Picks

Want to know what they discuss inside the National Security Agency’s super-duper “Signals” section? Here it is.

The Pope said it best: “Faced with current Islamist terrorism, we should question the way a model of democracy that was too Western was exported to countries where there was a strong power, as in Iraq, or Libya, where there was a tribal structure… We cannot advance without taking these cultures into account. As a Libyan said some time ago: ‘We used to have one Gaddafi, now we have 50 of them!’”

Black children with autism often do not get the help they need because they are diagnosed with mental retardation or ADHD instead.

That’s what a study found — that oil and gas drilling has long been responsible.

An American ally at the time, Chadian dictator Hissène Habré murdered 40,000 between 1982 and 1990, while France funded his torture chambers.  Habré faces a tribunal later this month in neighboring Senegal, where he fled into exile after being deposed in 1990. The film, which premiered at Cannes on Monday, explores whether or not the survivors can find forgiveness in their hearts.

Correction: our original posting incorrectly stated that the eruption took place in 1982.