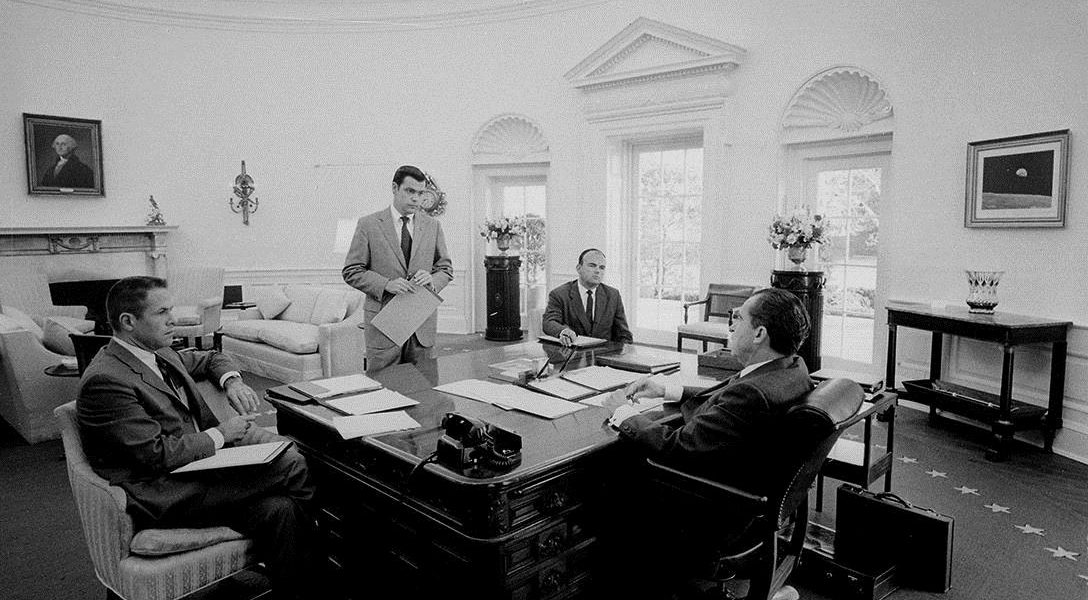 Televised hearings begin in the United States Senate on the Watergate scandal on May 17, 1973. Haldeman, Chapin, and Erlichman all eventually served time in prison and Nixon resigned from office.  About this photo:  President Richard Nixon meeting with advisors, H.R. Haldeman, Dwight Chapin, and John Erlichman in the White House.  Photo Credit: White House / Wikimedia
Editors' Picks

Paul Salo, an American-born businessman living in Thailand, is planning to crowdfund the cash to buy a Boeing 747, fill it with jet fuel, and smash it into an empty building at 500 mph to see if the official 9/11 story holds up. “If there’s just a smoking hole in the building and nothing happens, you pretty much know it was a hoax, right?” Salo asks in a promotional video for the event.

A group, using the Navy’s own numbers, chronicled the astonishing carnage over five years.

Many Republicans live in a world in which Barack Obama is a Muslim born in Africa. A truly stunning poll has shown that a lot of GOP voters also live in an alternate reality with regard to the performance of the economy. 64% of Republicans claim that the unemployment rate has increased under Obama, even though it has dipped significantly. And 57% of Republicans believe that the stock market has gone down, even though it has doubled while he was in office.

The former ruler, who was ousted in 2011 during possibly the most pivotal moment of the Arab Spring, remains confined in a hospital. His health treatments, however, came to an end long ago. So why does he stay? Many believe that, with new President Sisi’s acquiescence, Mubarek can wait until the remaining Arab Spring protestors are jailed and eventually be released.

Oops! The dog deleted my homework says CIA. This comes on the heels of Friday’s Appeals Court decision to deny the ACLU’s FOIA request for the full report.