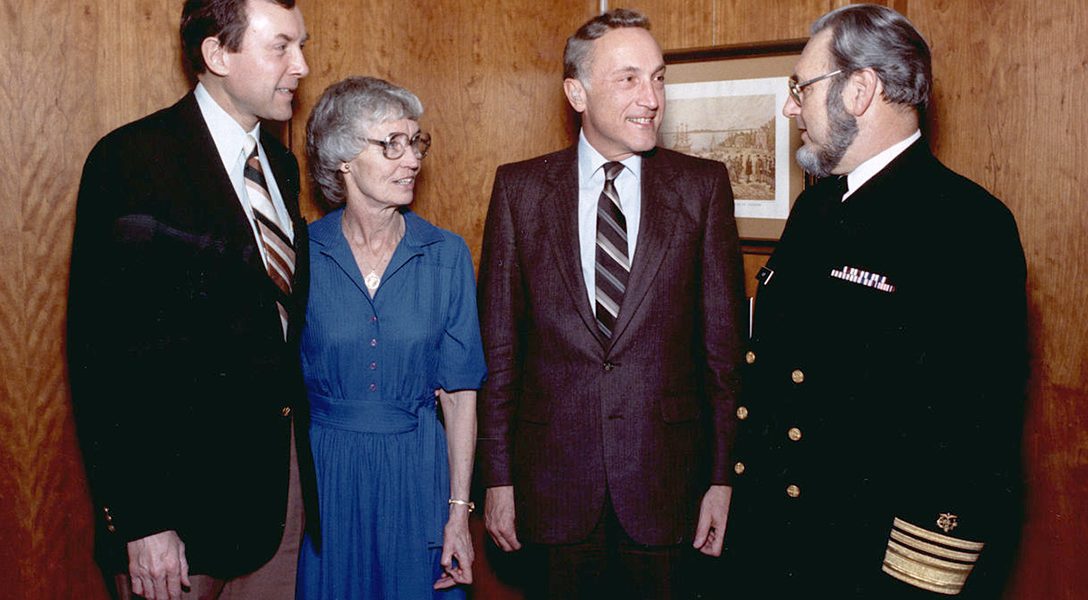 On May 16, 1988, C. Everett Koop, Surgeon General of the United States, reported that the addictive properties of nicotine are similar to those of heroin and cocaine. Since then, smoking has declined in the US. Recent statistics reveal smoking has declined from nearly 20.9% in 2005, to nearly 16.8% in 2014. Photo: C. Everett Koop, Betty Flanagan (his wife); sponsor in the Senate, Orrin Hatch of Utah; Former Secretary of Health and Human Services, Richard Schweiker. Photo credit: US DHHS / Wikimedia.
Editors' Picks

Google Wants to Map the Insides of Buildings (Trevin)

The project is called Tango, and will embed cameras and depth sensors into smartphones and tablets. Users will map indoor spaces with their electronic devices “then publish them, to stitch together a Google Maps of interiors.”

Veteran politician raises curtain on a corrupt Congress enslaved by lobbyists and re-election compulsion in a 65-page manifesto called “The Confessions of Congressman X.”

When the Washington Post revealed last week that Donald Trump used to call reporters and pretended to be his own spokesperson, the presumptive GOP nominee responded by saying it didn’t happen. Except that it did. Trump likes to be the best. When it comes to brazenly lying in the face of contradictory evidence, he is certainly in a league of his own.

Hate Wayne LaPierre and the Powerful Gun Lobby? Blame the US Government (Dan)

Extensive article detailing the rise of gunsmithing in America, an achievement thanks to federal subsidy, to the eventual split between national commonweal and individual freedom that runs gun politics today.

So much for the fracking “revolution.” Since the start of 2015, 133 North American oil and gas producers and service companies have filed for bankruptcy, owing almost $44 billion. One credit analyst summed up: “You need to see oil sustained at $60 to $65 before you see a real turnaround in profitability for the sector.”

And, for every need, there is an entrepreneur, like the creator of Maplematch.com. This website promises to save Americans from “the unfathomable horror of a Trump presidency” by finding them mates in Canada and — “Making dating great again.”

Bernie Sanders has tapped into a yet another marginal voter bloc.