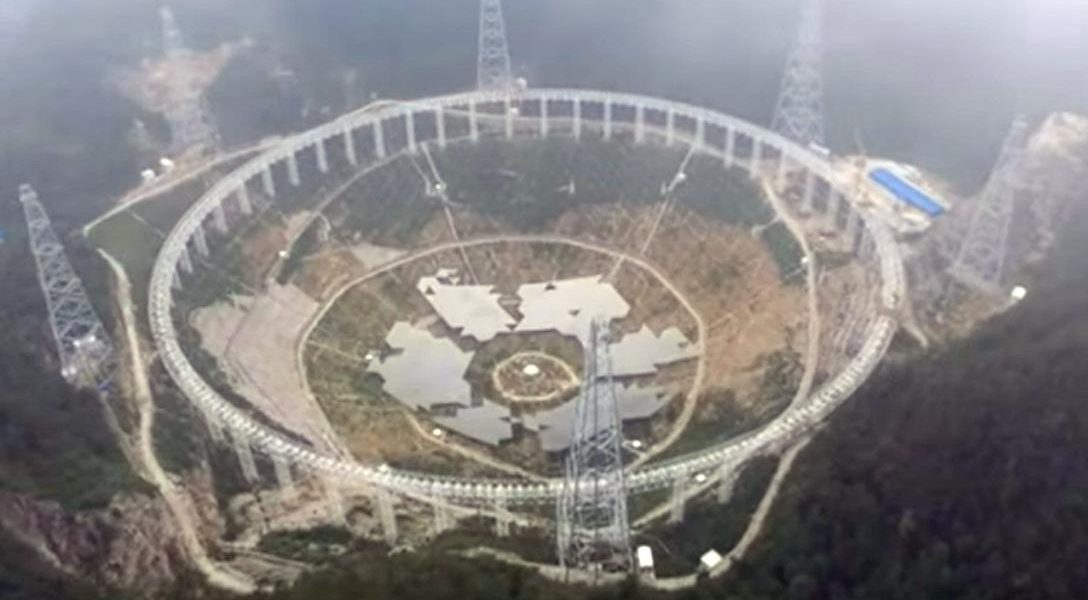 The Chinese government is relocating over 9,100 people from their homes in order to build the world's largest radio telescope. The telescope's main reflector will have a diameter of over 1,600 feet. Photo Credit: CCTV+
Editors' Picks

Watch what you say about Turkish president Tayyip Ergodan. ‘Insulting’ him could get you thrown in jail for years.

A series of radio signals all seem to be originating from the same place in outer space. However, scientists note that there could be multiple explanations for the phenomenon.

One of the more controversial provisions of the Patriot Act, an expansion of law enforcement’s “sneak-and-peek” authority, is hardly ever used in counterterrorism investigations. As predicted by critics of the law, it is primarily used in narcotics cases.

Palestinian farmers whose lands have been destroyed by war have begun to receive thousands of almond trees from the International Committee of the Red Cross.

So many donnybrooks explode in Parliaments all over the world, there is actually a website devoted to curating videos of these events. If you liked watching Trump and Cruz fighting, you will love this site where guys in their best suits really get down and dirty.  (Some wear long traditional robes, depending on the country.)  Go there and take your pick!  Your screen will fill up with a writhing mass of arms and legs from floor to ceiling, just like in a cartoon. Sometimes throwing tear gas isn’t enough to stop it!