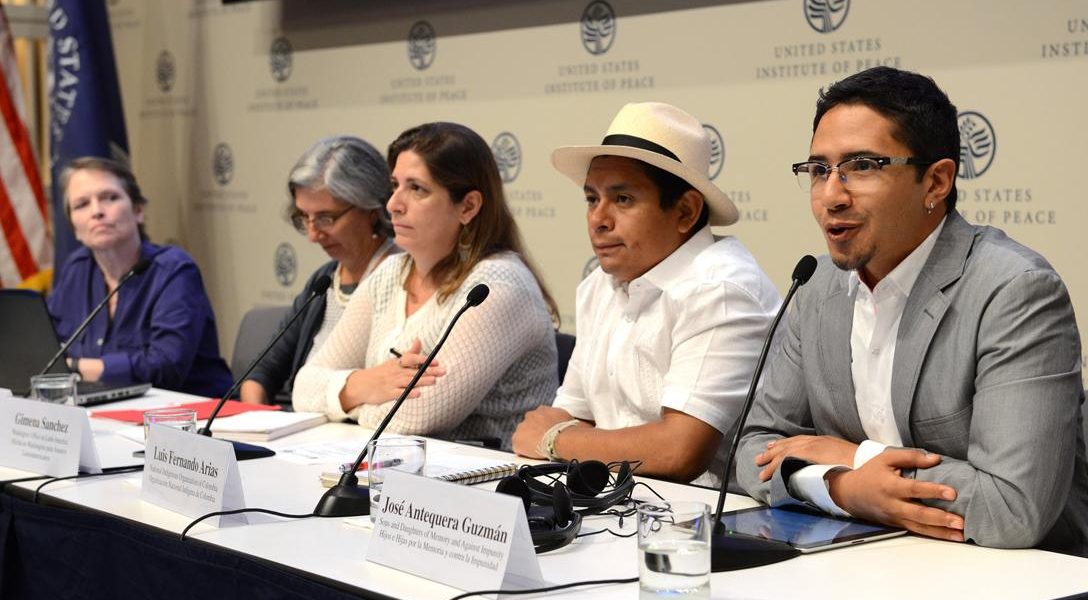 Colombian peace talks with FARC rebels may be derailed by murders of leftwing activists as the  March 23 deadline for agreement approaches. About this photo: Peace Forum on Columbia in 2014 Photo Credit: United States Institute of Peace / YouTube (Creative Commons Attribution license)
Editors' Picks

After a story on the legislative accomplishments of Bernie Sanders was already published (and distributed by the senator’s campaign), New York Times editors made substantive changes to the piece and changed its tone without explanation. Now, the paper’s public editor said they were wrong to do so and should have, at least, told readers which changes were made and why.

What she might have said — or at least how those “in the know” might have interpreted her actual remarks.

The Islamic State (IS) is increasingly intimidating and terrorizing civilians in the Sinai since military targets have become more difficult to attack. According to a retired Egyptian officer, the reason behind the intensity of the attacks is that IS “must show the funding states its strength and control so that money will continue to flow, or else [they will] succumb to Egyptian armed forces’ growing threat.”

And how a country treats its longest-lived citizens tells a lot about its values.

Watch a clip from the Democracy Now! interview with the late activist here. Read our coverage of her assassination.

On Wednesday, after over 50 years of travelling through an intermediary country, mail was delivered directly between the United States and Cuba. Now the Obamas can send a postcard home while on their trip to the island next week.

Do You Know Where Some of Your Great Western Culture Comes From? (Milicent)

In a recent interview by the Tehran Times, a professor of philosophy at St. Olaf College says that the “Muslim world had made such extraordinary headway in mathematics, algebra, medicine, and the sciences in general, it was inevitable that its philosophical contribution needed to be taken seriously by medieval philosophers.”  And, he added, “… most Philosophy majors in the West are probably not aware that some of the arguments that they find in Aquinas, Descartes, Malebranche, David Hume, and others, are all represented in earlier Islamic sources, even if not each of these thinkers was directly aware of such precedence.”