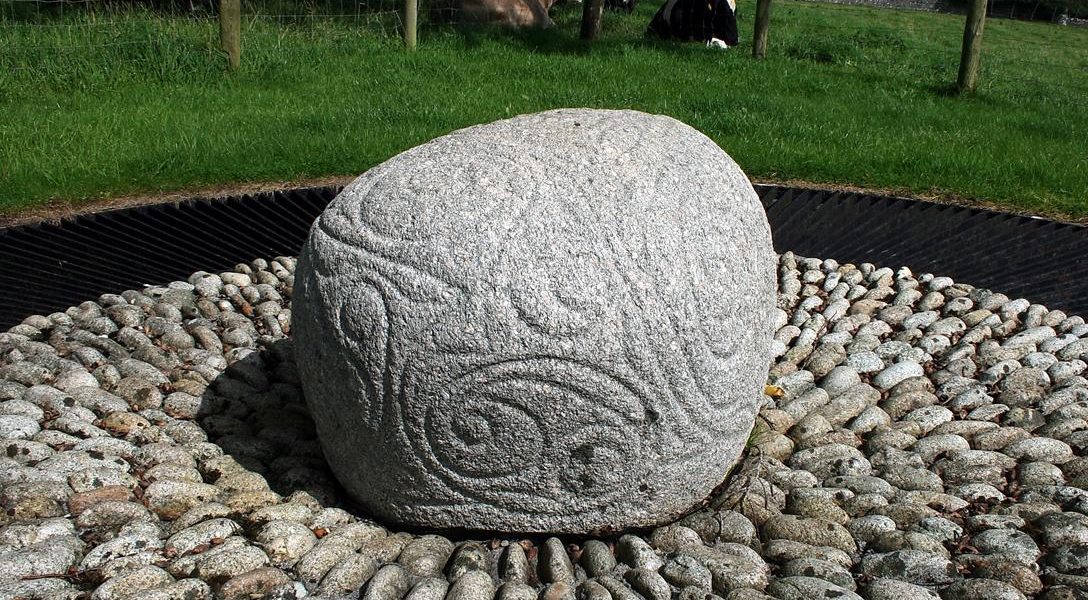 The Castlestrange stone is a rounded granite boulder dating from the Iron Age period between 300 BC and 100 AD. It is one of three such ancient Celtic La Tene stones found in Ireland. Photo Credit: Sarah777 / Wikimedia
Editors' Picks

Watch this extraordinary and extremely odd conversation with a GOP official from North Dakota — who emphasizes the GOP can do whatever it wants, and no, it’s not up to voters.

The real news on Super Tuesday was the demonstrated effectiveness of the Black Lives Matter movement’s opposition to the re-election of two “tough-on-crime” prosecutors that had “made key prosecutorial decisions in the controversial killings of unarmed African Americans by police officers.”

Trump Presidency Rated Among Top 10 Risks in the World (Milicent)

According to the Economist Intelligence Unit, a British research and analysis firm, if Donald Trump becomes president he could disrupt the global economy and, worse yet, “His militaristic tendencies towards the Middle East and ban on all Muslim travel to the US would be a potent recruitment tool for jihadi groups, increasing their threat both within the region and beyond,”

Russia’s Foreign Minister Sergey Lavrov is continuing the war of words between his country and Turkey by calling for an investigation of Turkish human rights abuses against Kurdish citizens.

Children Clean Up Oil Spill — With Their Bare Hands (Russ)

Two large oil spills in South America. The oil company denies role of children in the clean up. The children, however, tell media otherwise.

The Pentagon estimates that responding to one Freedom of Information Act request would take 15 million hours at a cost of $660 million. So if you want to know how many so-called HotPlugs the Department of Defense has in stock, you may need to have to wait for an answer — until the year 3700 (if one Pentagon staffer works on the request every work day from now until then).

The bill halts exporting of weapons to Saudi Arabia, citing “violations of humanitarian law” in Yemen where over half of the 6,000 killed since the Saudis entered the conflict have been civilians.

Spiders Get Up to 12 Inches Long!  (Milicent)

Horrified by the usual headlines?  If you’d rather be scared the old fashioned way, by creepy crawling critters that make hissing noises, you should enjoy this report on the biggest, heaviest, hairiest spiders alive in the world today. You can even get one as a pet, but I wouldn’t try to put a bow around her neck.