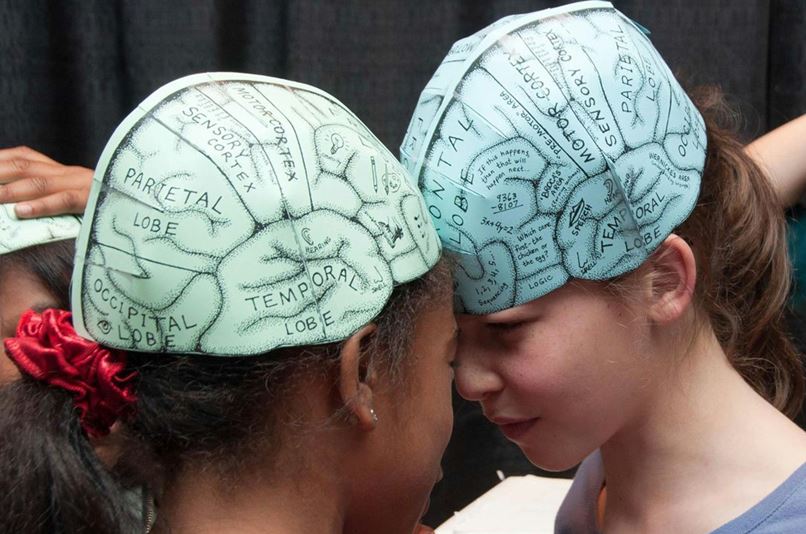 Two students put their "brains" together during the National Museum of Health and Medicine's Brain Awareness Week in 2012. This year the event is scheduled for March 14-­20. The goal is to raise awareness of all aspects of neuroscience, brain disease, brain injuries and to advocate for science funding. The Department of Defense has recorded 339,462 traumatic brain injuries sustained by members of the U.S. Armed Forces since 2000.  Photo Credit: NMHM / Medical Museum
Editors' Picks

Astonishing statistics like that are routinely ignored, including of course by gun advocates.

The budget cut protests are the latest in a string of recent examples of pre-­college student activism, sparked by a fresh sense of empowerment stemming from social media.

More Plastic Than Fish in Oceans by Mid‐Century (Russ)

Plastic waste is a colossal problem — and we are all complicit.

Some aircraft are not arriving until 2018, then an additional two­-to­-three years of training will be required. The commanding general also admitted the US started developing the nation’s air force “way too late.”

Not only has there been large loss of human life, but like Iraq, the region is now more destabilized.

Today, March 13, Russia and Europe will hurl an unmanned rocket at Mars to investigate the source of the methane in its atmosphere: is it geological, or bacteriological? And a few years from now, they will send a rover to the Red planet to drill into rock forms, looking for signs of life. (The source is not likely to be cows, an animal that produces a lot of this smelly gas on earth.)