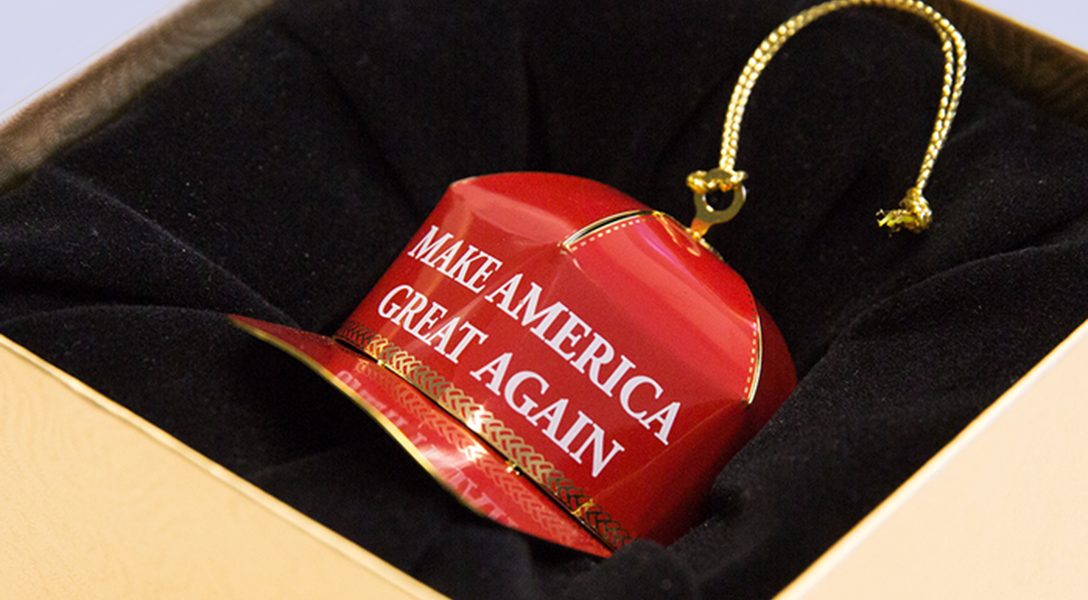 Hats Off: The price of gold-plated MAGA hat ornaments from the Trump Make America Great Again Committee store have been reduced from $149 to $45. Photo credit: Trump MAGA Committee
Editors' Picks

MAGA Hat Ornaments Not So Great

The author writes, “House Republicans swear they had enough time to review a 500-page conference report released last Friday night before they voted on what they thought would be the final tax bill Tuesday. … But when we asked GOP lawmakers supporting the legislation this week for just one basic detail of the bill ― the tax bracket percentages for individual income ― hardly anyone could list them.”

The author writes, “There are currently one million people infected with cholera in wartorn Yemen, the World Health Organisation (WHO) announced on Wednesday. Some 2,225 people have died [of] the disease since 27 April, it added. … Cholera is a disease that causes acute diarrhoea that could lead to the death of those affected within hours if not treated. Malnourished children aged five and under are most prone to the disease.”

The author writes, “Drug deaths among blacks in urban counties rose by 41 percent in 2016, far outpacing any other racial or ethnic group. In those same counties, the drug death rate among whites rose by 19 percent. The data, released on Thursday, suggests that the common perception of the epidemic as an almost entirely white problem rooted in overprescription of painkillers is no longer accurate.”

Consortium News writes, “A group of US intelligence veterans urges President Trump to stop his administration’s false claims about Iran being the leading state sponsor of terrorism when US allies, such as Saudi Arabia, are clearly much guiltier.”