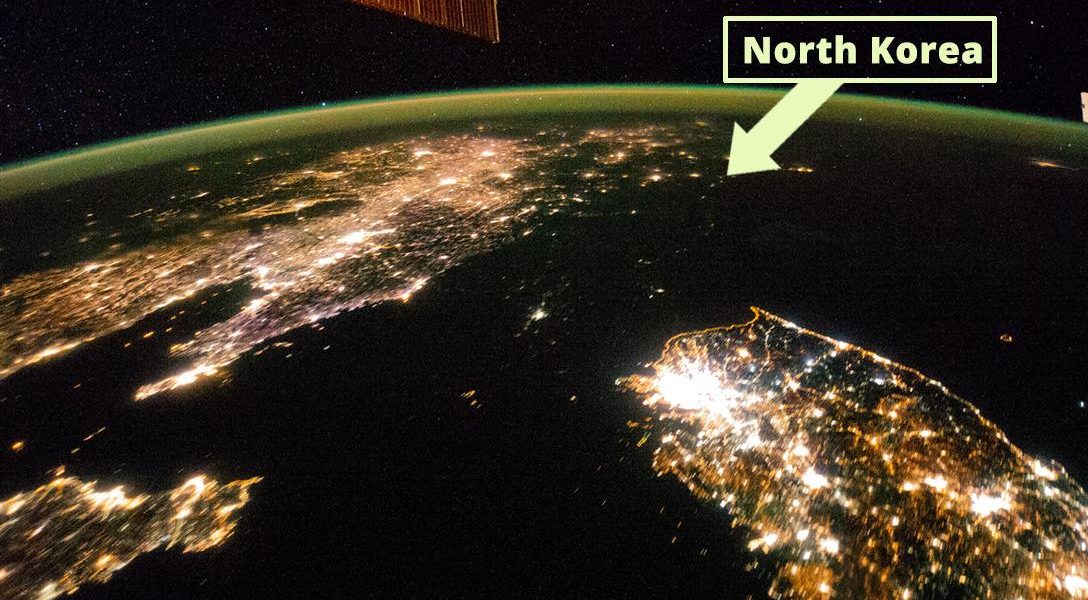 Korean Peninsula at night taken by astronauts on the International Space Station (ISS). North Korea is the dark area between South Korea and China. Photo credit: Adapted by WhoWhatWhy from NASA
Editors' Picks

His one-time accountant promoted them to his clients — and they were eventually challenged by IRS. Could these explain in part his ‘losses’?

$51.3B of Australians’ Credit Card Debt is for groceries, Utilities (Jeff C.)

The rising level of debts, which Prime Minister Malcolm Turnbull also warned in mid-September, indicates the debt cycle that a lot of people could no longer escape.

Nuclear-Armed Drones May be Closer Than You Think (Trevin)

Ballistic missiles are one thing, but a nuclear-armed drone could be hacked and re-directed mid-flight to another target.

Phenomenon where women rise to leadership positions during crises, when their chance of success is limited.

Her stance on BDS, the Two-State Solution and more appear heavily influenced by Stu Eizenstat, former deputy secretary of treasury under Bill Clinton and a close acquaintance to Israeli PM Netanyahu.

‘Security Fatique’ is a Thing (Mili)

Relentless cybersecurity warnings have given people “security fatigue” that stops them keeping themselves safe, suggests a study.