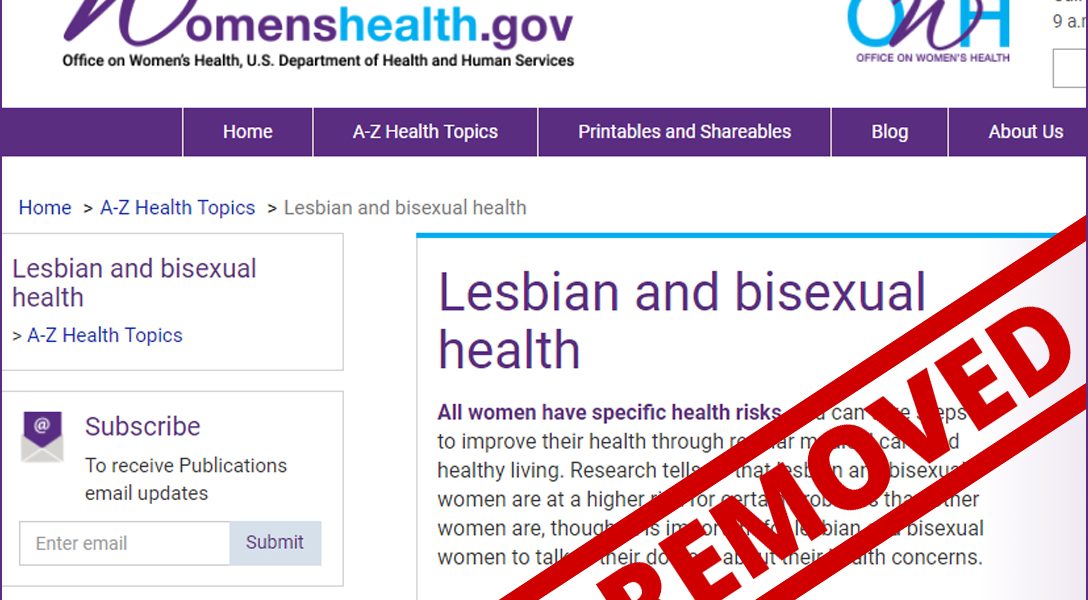 LGBT Content Gone: WomensHealth.gov removed some website resources dedicated to lesbian and bisexual health, and links to other LGBT topics. The Sunlight Foundation has been tracking and reporting on government website changes. Photo credit: Adapted by WhoWhatWhy from Web Archive
Editors' Picks

Legal-Aid Services Are Being Starved (Jimmy)

The author writes, “The pittance paid to public-defense aid plays no small part in fueling mass incarceration, the existential threat to America’s sense of itself. About 97 percent of federal cases and 94 percent of state cases are settled through plea bargains. States aren’t stepping up.”

The new, mysterious spin-off company has ties to the Mercers, Blackwater’s Erik Prince, and, of course, Donald Trump.

We Need to Talk About Inequality — With Bernie Sanders (Jimmy)

The author writes, “Sanders is fresh off a Facebook town hall with Sen. Elizabeth Warren and filmmaker Michael Moore that was viewed live by nearly 2 million people. He and [Intercept podcaster] Mehdi [Hasan] dig into the challenges facing the Democratic Party, how the left can connect with Trump voters, and whether Trump firing Mueller would be an impeachable offense (Bernie’s answer? Yes).”

Partisan, out of touch, and disorganized, the nation’s leading political parties make Trump look like the successful CEO he claims to be.

Saving the Iran Deal Comes Down to One Man (Dan)

Brian Cook, former Secretary of State Rex Tillerson’s deputy, wants to save the deal by getting concessions from European deal signatories — such as further sanctions on Iran’s ballistic missile use.