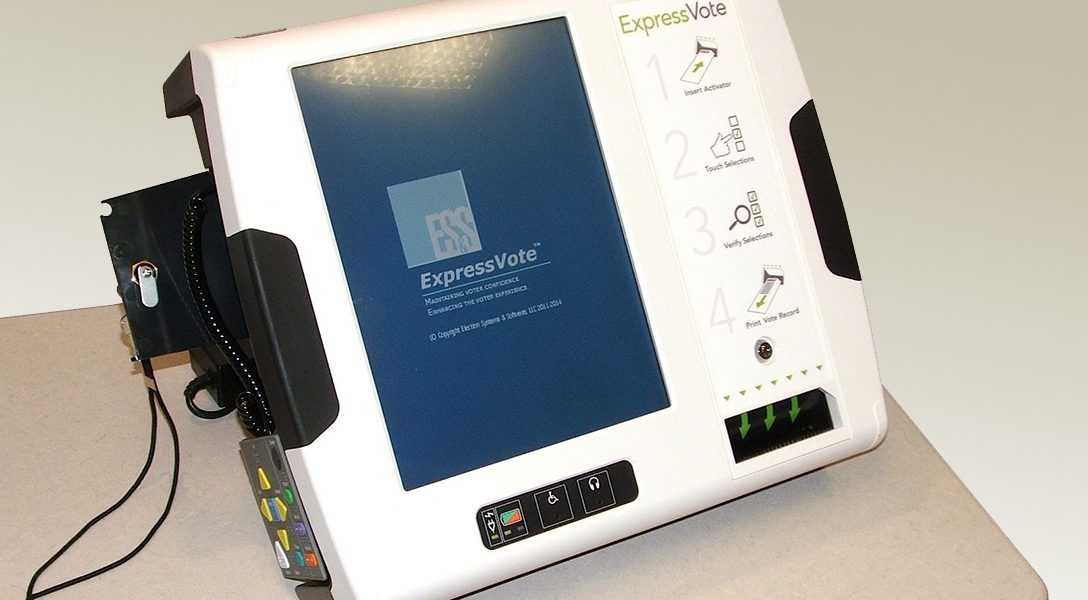 Results in the recent Kansas GOP gubernatorial primary were delayed by a computer "glitch" in one county's new ES&S voting machines. When the "glitch" was resolved after eight hours, the lead switched from sitting Governor Jeff Colyer to Kansas Secretary of State Kris Kobach. ES&S has given no explanation for the problems. Johnson County citizens are raising concerns over the process. Photo credit: Douglas W. Jones / Wikimedia (CC0 1.0)
Editors' Picks

As police unions continue to help spearhead the movement against prison reform, inmates in 17 US states have begun a three-week prison strike — demanding the end of “death by incarceration, prison slavery, and poor living conditions.” The strike could end up being larger than a similar, huge action that occurred in 2016. Over 2.2 million Americans currently live in correctional facilities; most have been plucked from impoverished, hyper-exploited sections of the US population.

The author writes, “A judge on Monday ordered Michigan’s state health director to stand trial on involuntary manslaughter charges in the deaths of two men linked to an outbreak of Legionnaires’ disease in the Flint area, the highest ranking official to stand trial as a result of the scandal.”

From the Intercept: “The Pentagon disclosed that in addition to the base’s $100 million construction cost in Agadez, more than $30 million a year will be spent to operate it.”

The author writes, “Twelve years ahead of schedule, a new report finds that China may already have had its worst year for carbon emissions — a sign that the world’s largest producer of greenhouse gases could be well on its way to meeting the goals put forth by the Paris climate agreement.”